For me, the college's 100th year of community-inspired service ended as each year typically does, with graduation. This time, the PR department would have needed several twins of me to keep up with all the stories dressed in caps and gowns milling about the Muse Center after the ceremony.

I got to know culinary student Kneedra Bell earlier in the fall semester, when I had rare trust placed in me when it comes to cameras. Students in the program participated in a small festival and I was there to pretend I was shooting pictures for an episode of "Iron Chef Showdown" on the Food Network -- a good thing, of course.

Bell earned an Associate of Applied Science degree and both major technical certificates after decades away from the classroom, all while driving a bus by day for the Clinton Public School system. Below is Bell with her daughter, Needra, standing out in the chilly weather on graduation day. Earlier that week, I wrote a pre-ceremony "advance" about Ms. Bell's journey through life and school that was picked up by the online Community College Week publication, which made for some warmth and fuzziness as we otherwise froze outside. 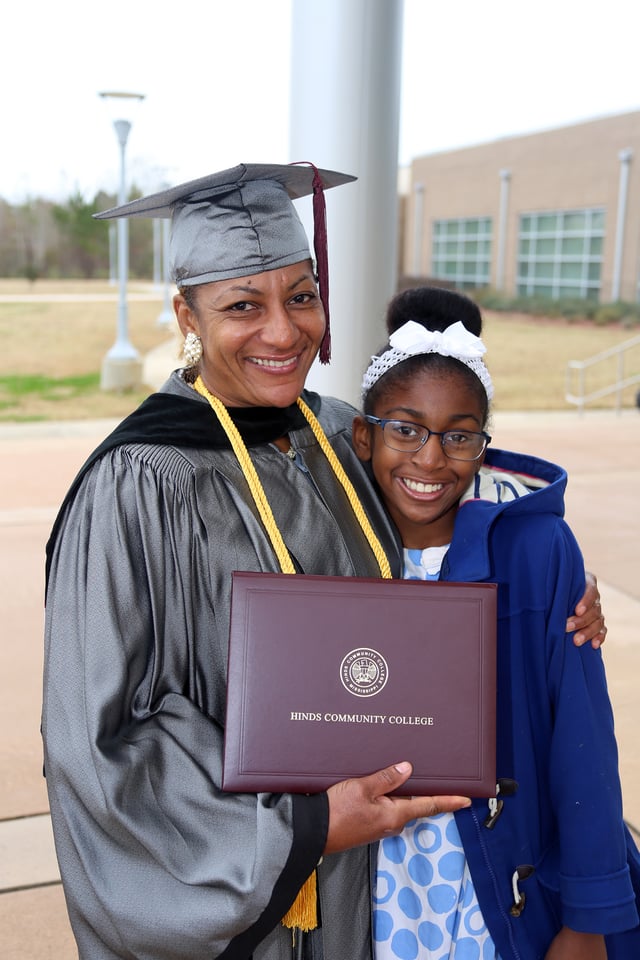 I found out about another successful career switch no sooner than when I started visiting with nursing and allied health graduates that morning. Derrick Williams was driving a furniture truck until his sister persuaded him to pursue a healthcare career. It was quite the successful U-turn for the former trucker -- “I gave it a shot and now I want to be a nurse practitioner working with mental health patients,” he said.

Standing next to Williams is Lakashia Robinson, who didn't so much make a U-turn in her career as she simply put the gas pedal down. She already had an allied health degree from Hinds and worked with new moms in the maternity ward at Merit Health River Oaks. But she returned to school to finish her Associate of Applied Science degree in nursing and, along the way, organized other students to raise funds for breast cancer awareness. "I didn't want to just be a nursing student," she told me. "I wanted to be a nursing student who served the community. Our college embodies that very thing." Her passion and energy will carry her wherever she wants to go, period.

A final account of new beginnings to end the year led me to our own backyard, in a way. Lychanda Brown, a Cosmetology instructor at the Utica Campus, and Jennifer Burnett, a custodian at the Utica Campus, each earned diplomas last month, Brown in marketing and Burnett in computer programming. 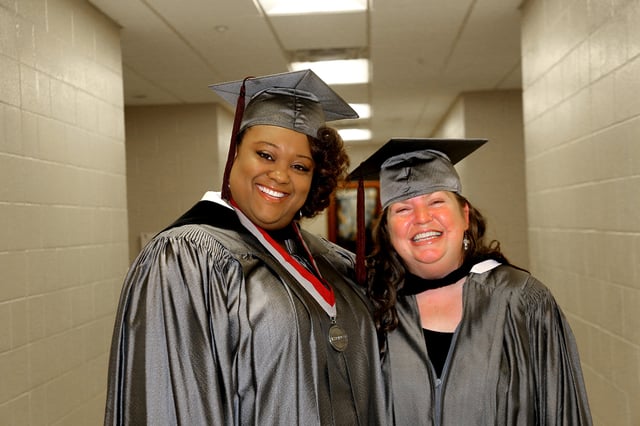 When stories of such success becomes as commonplace on graduation day as it is, we must be doing something right around here. As they say on the funny beer commercials, "Dilly, dilly!"