For me September was a month of honoring some of my favorite education heroes. Let me explain.

I started out September watching my boss, Hinds President Dr. Clyde Muse, receive the Winter-Reed Partnership Award from the Mississippi Association of Partners in Education. He has been president of Hinds since 1978. We see the fruits of his labor throughout the college in the buildings and programs but, most of all, in the lives of the many students he has touched.

It was a joyous day made even more so by his receiving the award from former Gov. William Winter, the force behind the Education Reform Act of 1982. I used to tell my children that Gov. Winter was the reason they were able to go to kindergarten.

To see two of my heroes together, two people I have long admired for being just who they are, was such an uplifting experience. These are two down-to-earth guys who care passionately about education, about doing the most for the least.

For the news story about this event click here:

Then later in the month I had the pleasure of sitting down for an hour interview with another one of my favorite people. When I was an education reporter at The Clarion-Ledger from 1989 to 2006, Dr. Tom Burnham, former state superintendent of education, was, of course, one of my top sources for education news.

Burnham, a Hinds graduate, is our 2015 Alumnus of the Year.  He will be honored on Oct. 15 at the Alumni Recognition Dinner as part of our annual Homecoming activities. 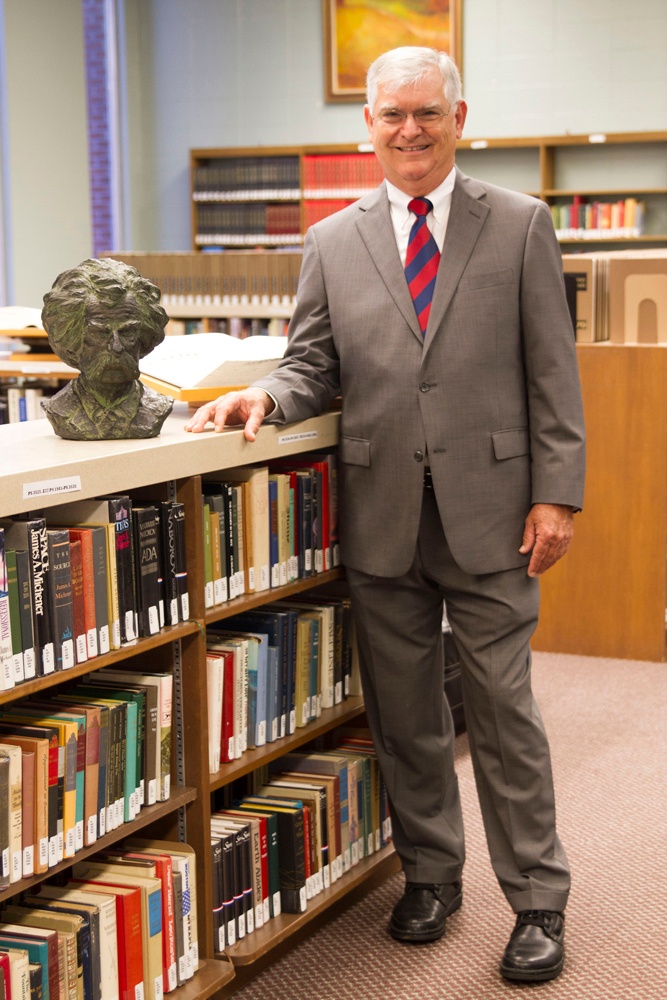 He was one of the most open education officials I had the pleasure of working with. He always had such real passion for doing the right thing for kids. His was a story I always wanted to tell. I finally got the chance.

For the story about Dr. Burnham, which is also featured in our fall 2015 Hindsight alumni magazine,click here: