I trust that everyone is gearing up for the end of the semester! Students are being stuffed with papers, quizzes, projects, and tests. It's hard to catch some down time between all the school work, our jobs, and extra curricular activities.

So I thought I would take a break for just a few minutes and tell y'all about my Spring Break adventures this year. No, I wasn't working like I usually do: I was traveling across the Atlantic to visit Great Britain.

Through the Honors Institute, a group of students were given the opportunity of a life time. We got to see many historic and ancient sites, and experience a whole new culture. Hinds has an amazing partnership with Bridgwater College in the town of Bridgwater, Somerset, England. It has lasted for 19 years so far! During the ten days abroad, we had the chance to work with British students to do research for a company based out of Jackson called Bomgar, Inc. For our housing, each student was assigned to a host family that we stayed with for the week. We made friendships and connections that we will never forget.

Here is a list of all the places we went (We could talk about it all day long otherwise):

Windsor Castle: Where the queen lives. We toured much of the castle where royals lived for hundreds of years. 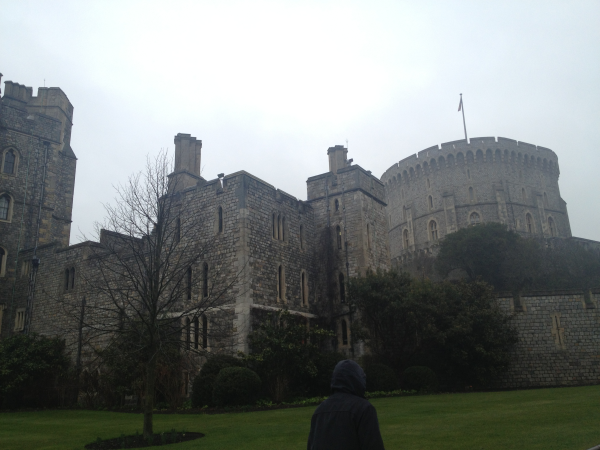 Stonehenge: It is huge! I almost thought it would be over-rated, but now I understand why people are so intrigued by it. 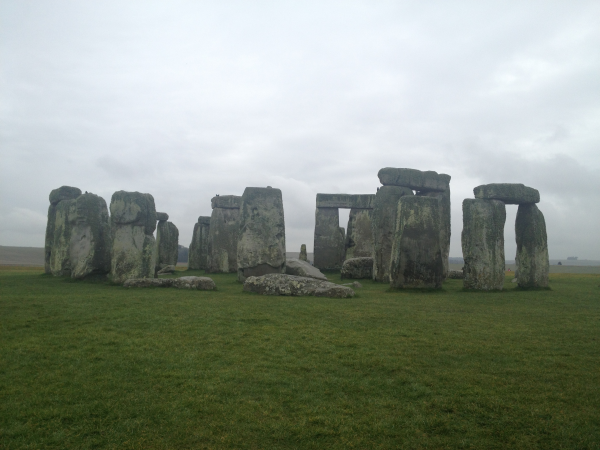 Exmoor National Park (English Coastline): We went hiking up a mountain trail that overlooked the Atlantic ocean. The view from this area was breathtaking. 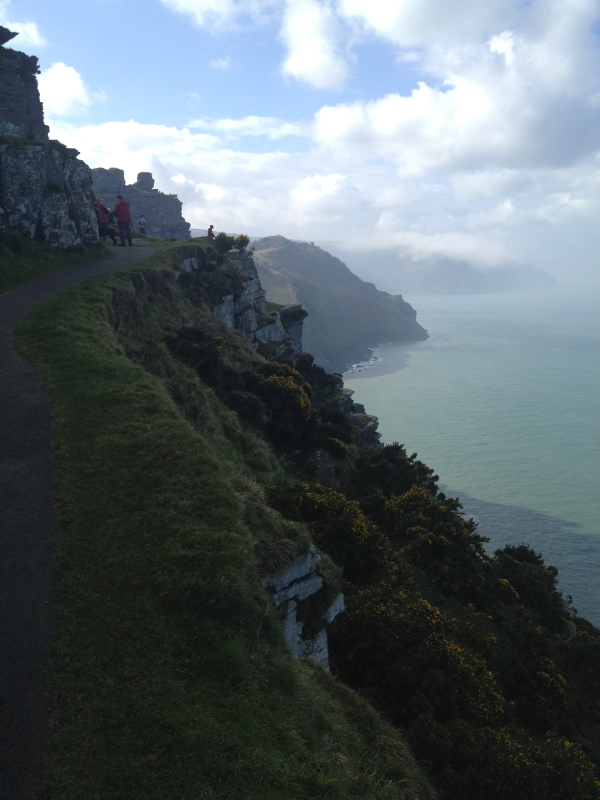 Wells Cathedral: One of the oldest and most beautiful cathedrals in the world. It is covered in hundreds of statues and stained glass windows. 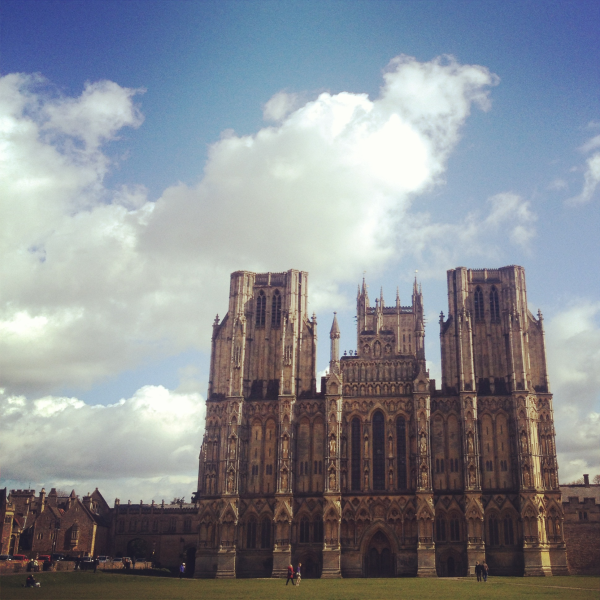 Ancient Roman baths in Bath: dating back to the roman age, these natural springs were said to have healing powers. People would come from hundreds of miles away to have a dip in this lead lined pool and hopefully be cured. 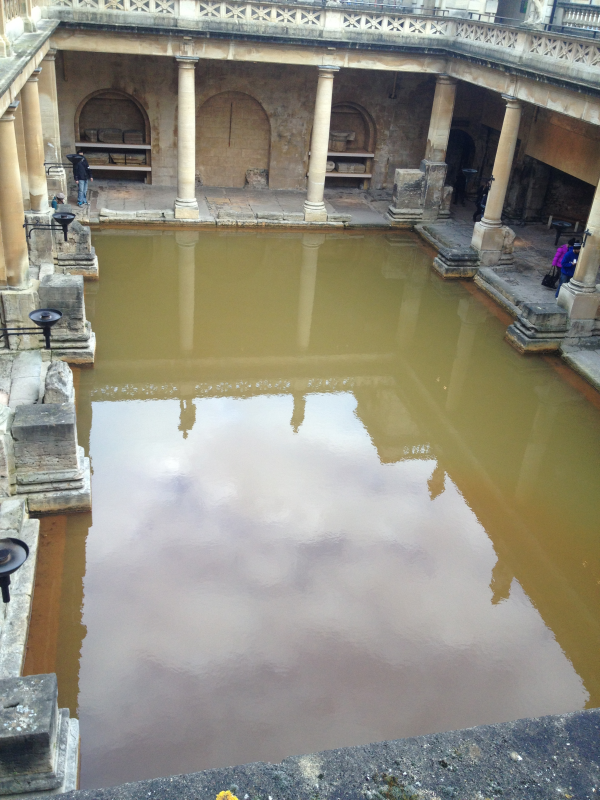 Glastonbury Tor and Glastonbury Abbey: Glastonbury is famous for its steep tor ("hill") and ancient watch tower at the very top. It is also where the ruins of Glastonbury Abbey and the supposed grave of the legendary King Arthur and Queen Guinevere is located. 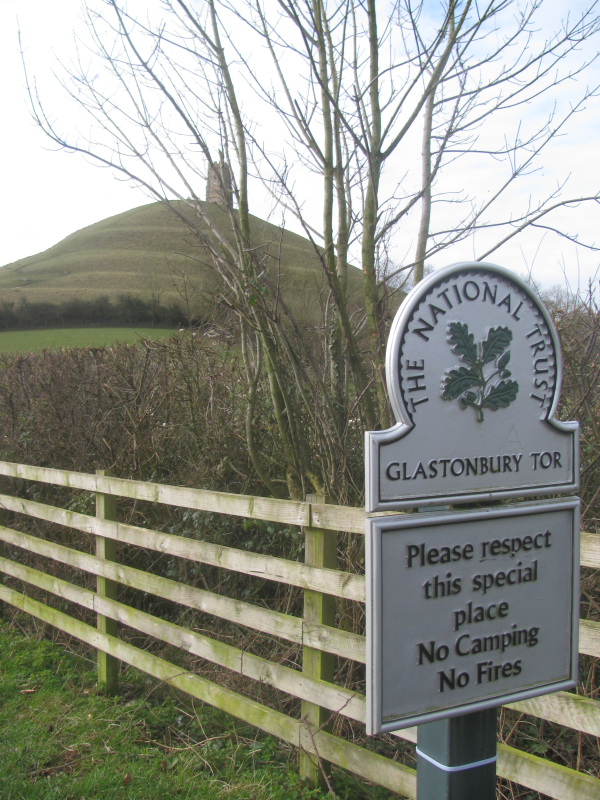 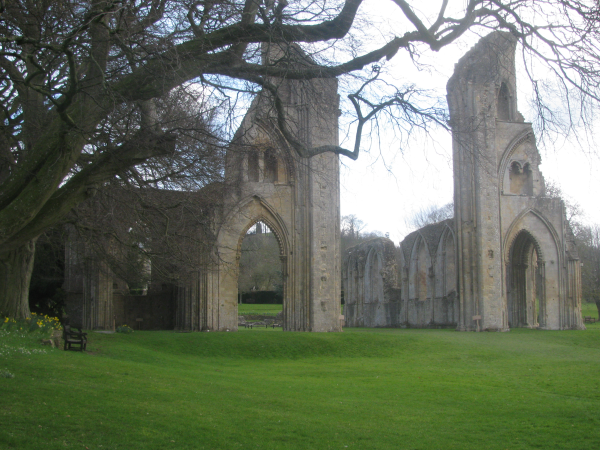 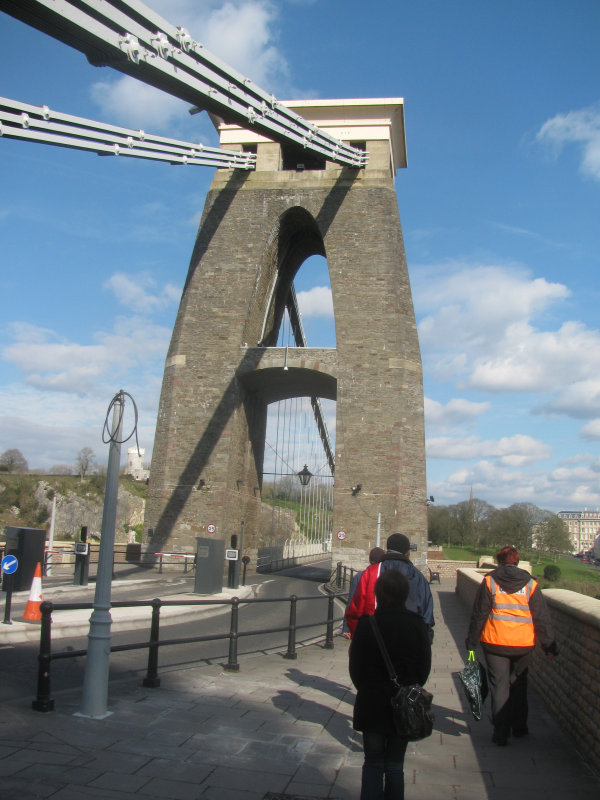 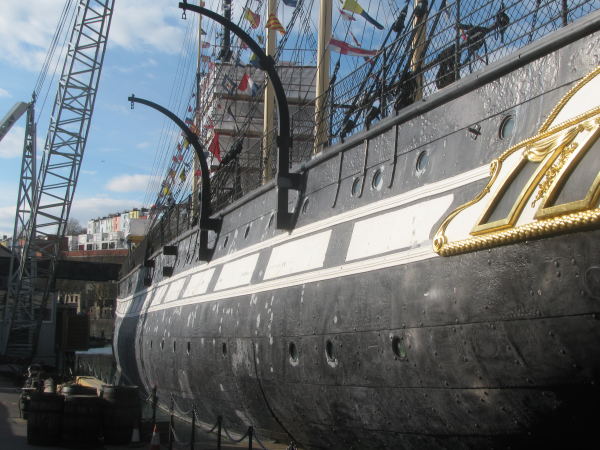 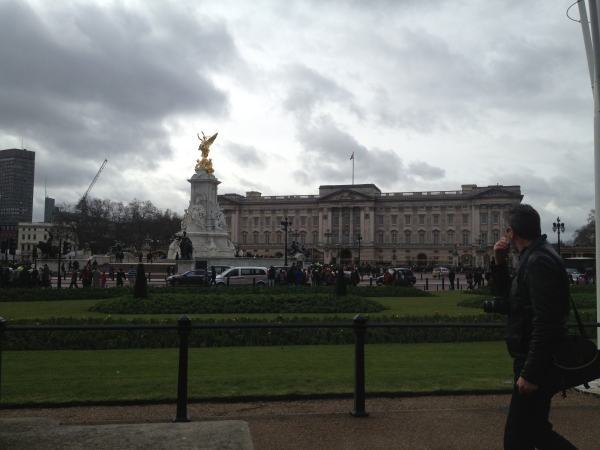 Palace of Westminster and Big Ben: Where the heart of the government lies! 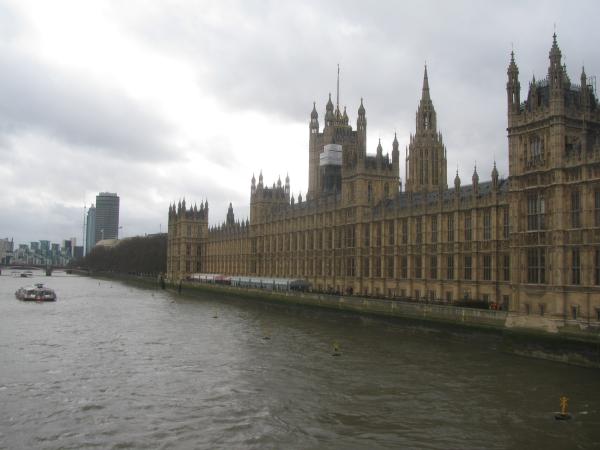 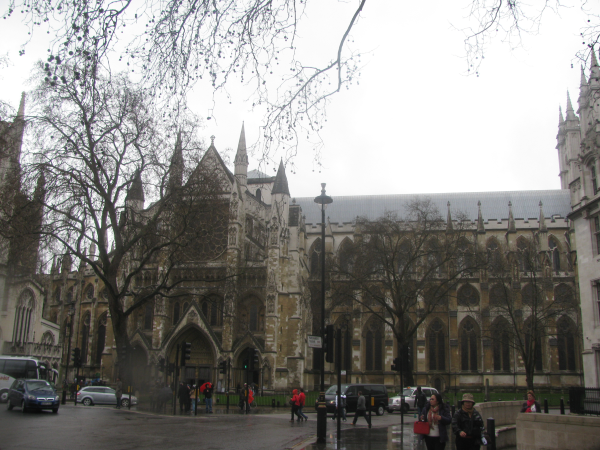 Churchill War Rooms: Now a museum, the Churchill war rooms are shown in the state they were during WWII when Churchill had to flee underground for saftey. Most of the rooms were left exactly as they had been since they were abandoned after the war. 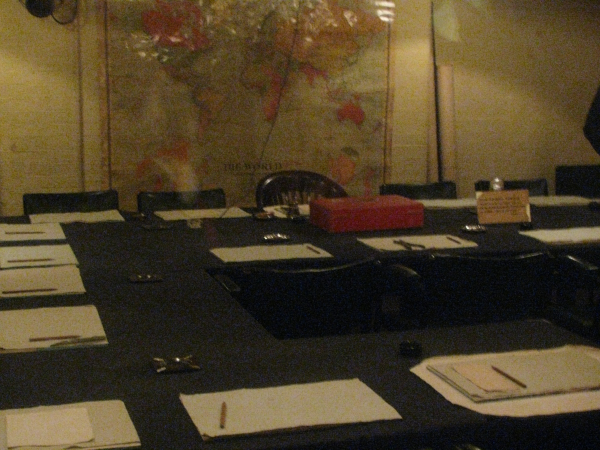 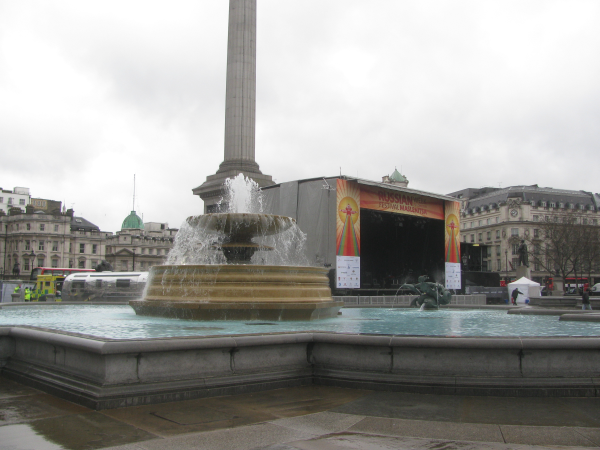 The things that we were able to see and experience goes way beyond the money spent. There is something invaluable to being able to make friendships and see the world. Not only did we make British friends, we were about to create bonds within our own group. I grew so close to the friends I already had. As students, we don't get to know out teachers very well. Through this trip, I was able to get to know our teachers Mr. Jason Pope, Ms. Debbie McCollum, and Dr. Ben Cloyd on a much more personal level. For instance, I had no idea before this trip who Mr. Pope was, but afterwards I learned that his parents were music ministers at my church! And also that he has a fanatic love for the Royal Family. I also learned that Dr. Cloyd is a pescetarian (or as he says, "A vegetarian with no morals!") and Ms. McCollum is just the coolest woman ever. How many women do you know that have roasted marshmallows over volcanoes? Only Ms. McCollum. ;).

We spent two days in London, visiting a few places of our choosing as well as seeing a musical. This was my favorite part: seeing Les Miserables at Queen's Theater in Picadilly Circus. I also was able to visit the British museum, which has so many rooms and artifacts and ancient life packed into it that it can make your head spin. 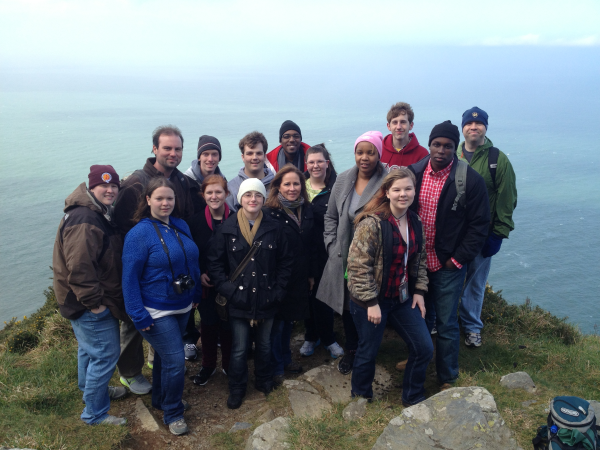 Where, oh where would I be without my Hinds family? We all had a wonderful time getting to meet new people and learning more about each other. I will never forget Christi rambling away on the bus (and picking on her about talking too much) or Charli speaking French from the back seat, or Jarrick and his absurd love of chocolate and sweets! Nor will I forget my host family, Toni and Helley Wilmot, who laughed and talked and joked through the night with me and became my British family.

Most people keep telling me, "You probably won't ever go back to England again!" Or, "You will never see these people again!"

It will be a goal to prove this idea wrong. This is far from the end of my travels!