A hot, humid night made better only by a quick-striking offense and a snappy marching band must mean one thing – it’s football season in the South again.

Attending my first football game played outdoors since I tooted a clarinet in my high school band a million years ago surely brought back memories. For the Sept. 3 game against Northeast Community College, I must say my backside had fond memories of them as well, courtesy of the classic metal bleachers. I’ll have to remember to obtain a portable “stadium seat” for myself and for my girlfriend, Laura. Along with the motionless late-summer air, metal bleachers symbolize manly-man football to a T. 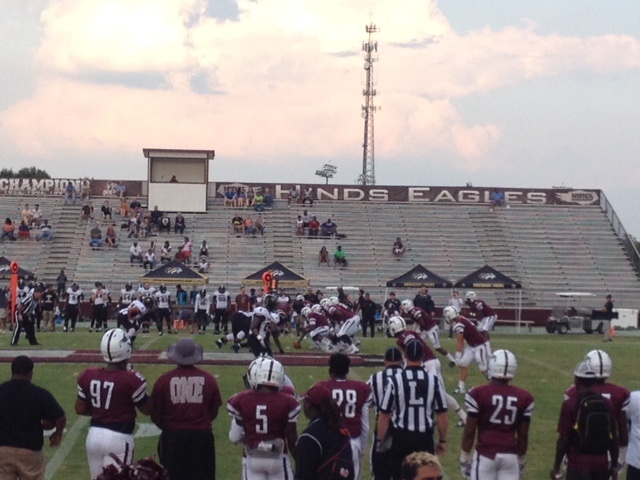 I’m never one for attending a game hungry, so I was sure to grab a hot dog from the housing folks who set up on the concrete pad. Once the action began, it was quite the time warp for me. Wide receiver Javon Wims glided through the middle of the Northeast defense with ease on a 65-yard catch-and-run. Soon, we’re up 17-0, then 34-7, en route to a 44-13 demolition job on the visiting Tigers. My old high school, also named the Eagles, was like that. They ran the old veer-option, which, physically, was a small-ball version of todays’ so-called spread offense that permeates high school and college football. We rarely lost in the regular season in my four years of high school but fell short of a state title each time.

Seeing members of the Eagle Band set up before the game and prep for halftime brought me back to my own field of dreams. Unlike the more muscular guys in shoulder pads, I was the shrimpy guy in a different kind of T-formation – the bat symbol from the “Batman” movie franchise. Composer Danny Elfman’s original score from the 1989 film was our field show music for senior year. It was some of the best fun I’ll probably ever have with a group of people. And I’ve been through many a staff meeting in my professional life, too. 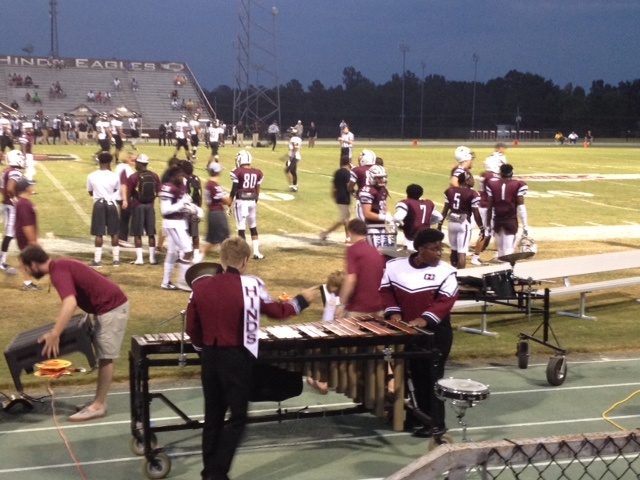 The band’s rendition of “Seasons of Love” from the Broadway musical “Rent” capped off a solid halftime show, one that featured a recognition of some of Hinds’ gridiron greats through the years. Alas, the ungodly humidity did this old man and his lady in by halftime. She manages her asthma pretty well, but we found she manages even better with the car a/c full blast and the entertaining call of the game from 87.7 FM.

These Eagles are 3-1 and just a patch on a mistake here and there from being undefeated. If you haven’t been part of the crowd that’s packed Joe Renfroe Stadium so far, run and don’t walk to grab an inch of space. I’ll need company if I’m to see my first Eagle championship! 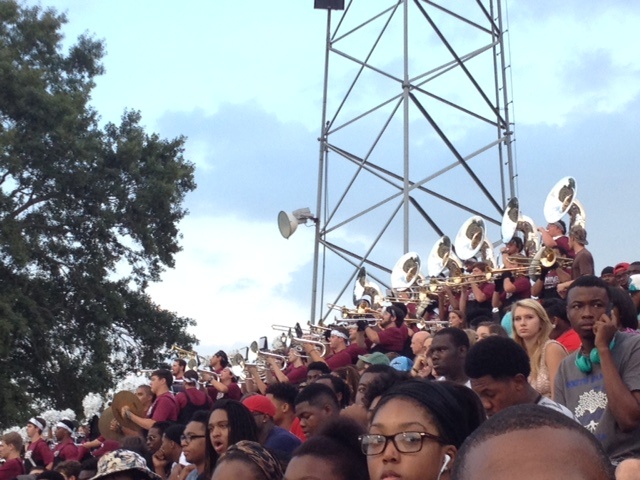 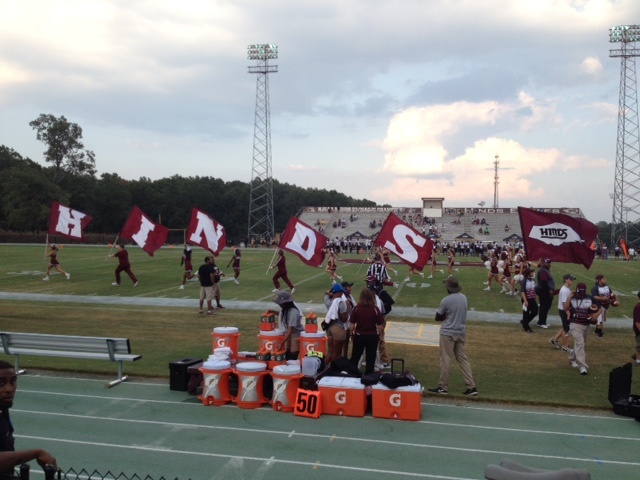