In August 2016, Hinds Community College was introduced to a new English instructor. Wilson L. Knight began his Hinds career a year ago during the school’s fall semester. A native of Mantachie in Itawamba County in north Mississippi, Knight attended Mantachie High School and took part in many academic teams and clubs.

“I was in student government,” Knight said, “as well as the math and science team.” While he was still attending Mantachie, Knight began his college career early – as a dual enrollment high school student at Itawamba Community College.

“I was enrolled in College Algebra, English Composition, literature you name it,” he said. 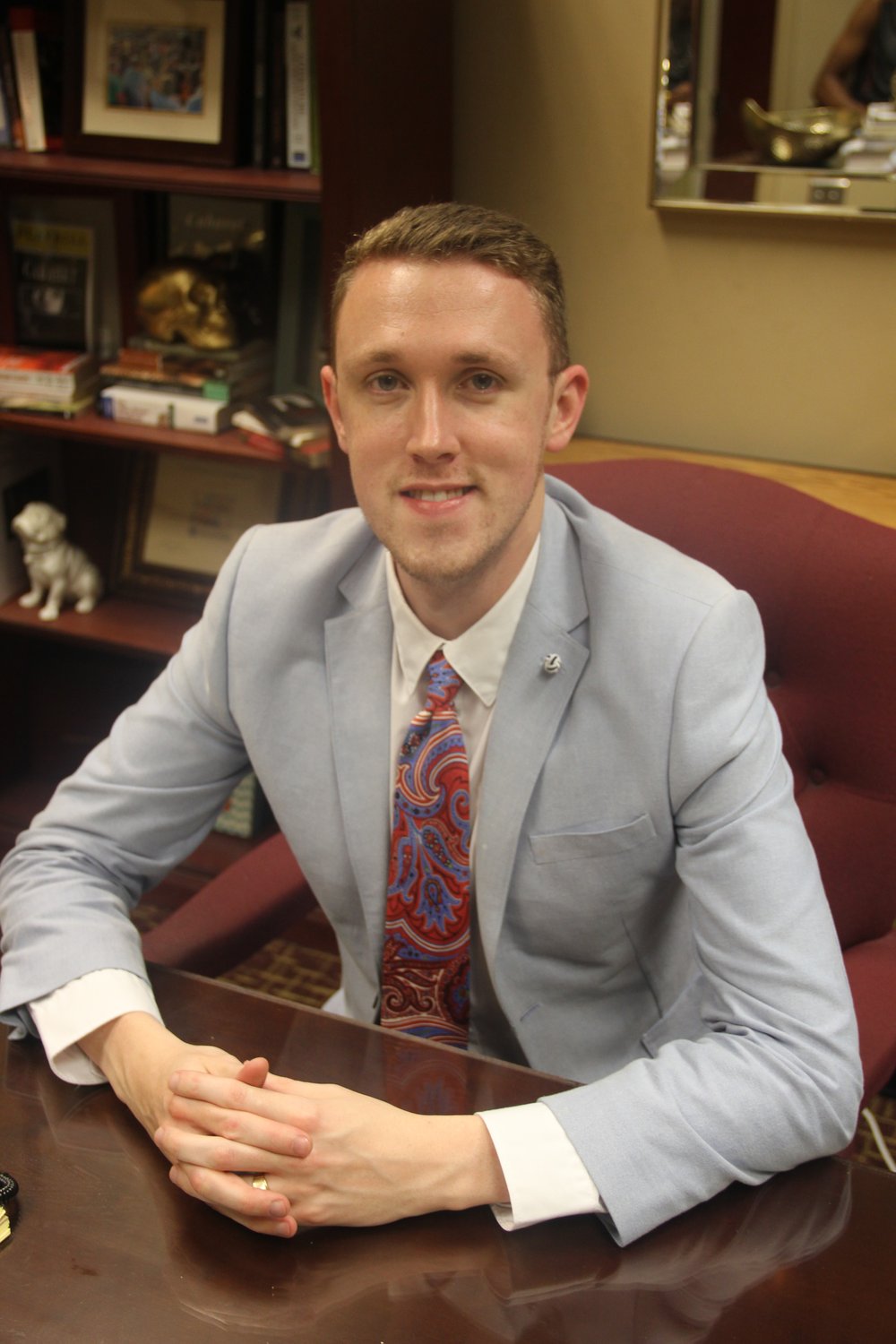 Taking the next step in his academic career, Knight began at the University of Mississippi in 2011, graduating in 2013. “After that, I actually lived briefly in New York City, which is where I developed a passion for popular culture as it relates to the composition classroom,” he said.

After he earned his bachelor’s degree, he received his master’s degree, specializing in community college education. Knight started at Itawamba as a part-time employee, before moving to Hinds full time. He has always prioritized building meaningful relationships “My start here was great,” he said. “The school is a lot larger than Itawamba. I’ve developed a lot of friendships with my colleagues and students.”

As expected by most instructors, including Wilson Knight, students tend to bring something different to the table each time they enter the classroom. “Each of my students is different,” he said. “Every day it’s a new and fun challenge for me.”

There are many goals to being an instructor as well. For Knight, two of these goals are simple: unlock a student’s full potential and teach him to think critically.

“Unlocking one’s full potential has to be one of my main things.” Knight said. “That and teaching critical thinking through writing.”

With Knight, unlocking potential and critical thinking are two great things to teach. At the same time, he loves how students show intense passion about their field of study.  “I had a passion for language,” he said. “I think that others here at Hinds and elsewhere should be passionate about their majors. They key to success is passion.”

Whether it’s using movies to educate his composition students, teaching them how to apply a little philosophy in their writing or displaying passion for the things he likes, it is an honor and a privilege to have Wilson L. Knight as an instructor at Hinds.