It’s rare to check out true virtuosity from any art form’s masters AND students of any craft in the same show – all for free. You’ll pay top dollar even to see washed-up rock acts in the smallest of venues.

Such wasn’t the case on April 16 when I caught the best of the morning and evening sessions of the Alcorn State University’s 36th annual  Jazz Festival at the Vicksburg Convention Center. The Hinds Community College Stage Band turned into a top-flight jazz ensemble that Saturday morning, under the direction of Music Instructor Randy Mapes. I managed to snap a few photos from a distance with my cellphone.

The band might not have played to a packed house, but this old band geek and several sets of band moms and dads enjoyed our band’s rendition of the 1960s pop tune “Vehicle,” also a marching band standby, and the theme to the old TV show “Mission Impossible,” which was also used in chase scenes of “The Blues Brothers” movie in 1980. 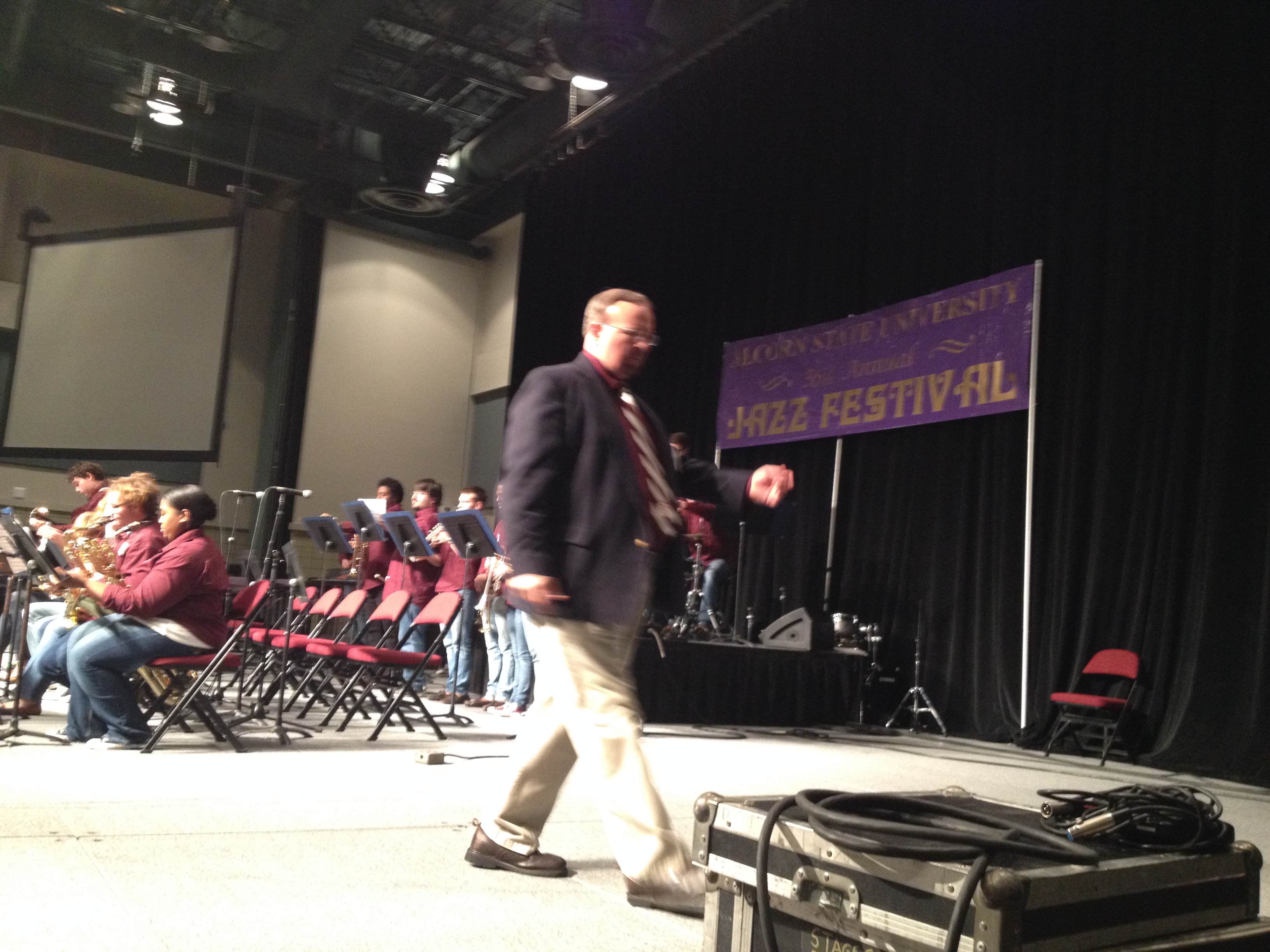 That evening, more true talent graced the stage in the form of the Branford Marsalis Quartet. The New Orleans native, middle son of the Marsalis jazz royalty and former leader of The Tonight Show Band (during the first four years of Jay Leno’s time as host) gave a truly stirring performance. It was the kind of show that made me wish I had replaced a chipped mouthpiece on an alto saxophone I inherited years ago from an uncle. I could have at least pretended to “hang” with Branford for a few minutes.

For years, music education has been as front-and-center as any other art program when it comes to looming cuts in funding for public education. Typically, it’s the first on the chopping block. Being part of the band in high school was the most enjoyable experience of high school, period. It was some of the most fun I've had with a large group of people, plus I was fortunate enough to win some awards.

I can’t muster a note above middle-line B on the treble clef from my old clarinet anymore. But, please encourage anyone you know entering high school with thoughts of making music their main activity in school to do so. They might surprise themselves, as I did, and learn those strange dots in the songbook at church just might unlock their inner talent.