Tom Burnham (1967), the Hinds Community College 2015 Alumnus of the Year, is the director of the Principal Corps based at the University of Mississippi where he recruits great teachers to become public school principals and visionary leaders. 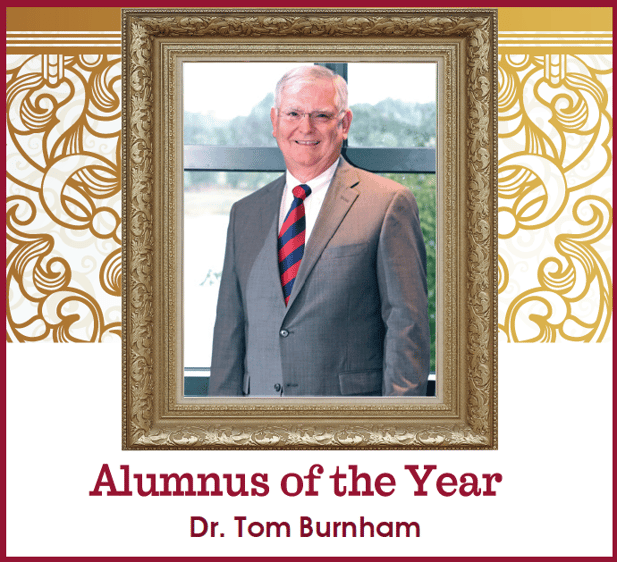 Among his many other jobs, he has been dean of the College of Education at the University of Mississippi, 2004-2009, and state superintendent of education twice, 1992-1997 and 2010-2012, crafting education policy for the state’s more than 500,000 public school children.

He received bachelor and master’s degrees at Mississippi College and a specialist degree and a doctorate at Delta State University. A native of Puckett, Burnham was the first person in his family to attend college. A defining moment in his life was about three weeks after he finished his doctorate at Delta State University in 1985. His son, Tom, just shy of 10 years old, was killed in Rankin County when he walked in front of a car.

It took him years to come to terms with his son’s death, ultimately using it to fuel his passion for doing the right thing for children. “The only thing I could do at this point was to make things better for all children, to create a legacy for Tom through what I could do for children,” he said.

Now at the Principal Corps, he tries to take what he’s learned over the years about leadership and education and pass that on to aspiring young school administrators, continuing to mentor them after they are Principal Corps graduates. He was a mentor for Hinds Vice President Dr. Norman Session. “Dr. Burnham is …very knowledgeable about education issues and just about life in general. He is a very strong leader and a mentor to many.” Burnham is married to Terri, who has also had a life-long career in education.