Hinds CC athletics on the rise

There are a lot of great things going on with Hinds sports this fall. Here are just a few examples.

Men’s soccer currently sits at first place in the North Division in the state standings.  With a win against Holmes on Saturday, the Eagles will clinch a spot in the playoffs for the fourth year in a row. Coach Doug Williams has been named Mississippi Association of Community and Junior Colleges (MACJC) Coach of the Year eight times, National Junior College Athletic Association (NJCAA) Region XXIII Coach of the Year six times and Mississippi Association of Coaches (MAC) Coach of the Year eight times. Coach Williams has eclipsed the 200-win mark this season and been one of the most successful coaches in our athletic department’s history. 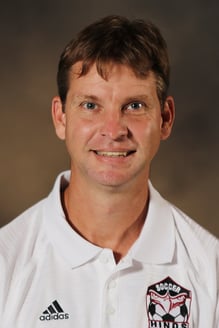 On Oct. 6, Hinds hosted Co-Lin in a white-out game at Joe Renfroe Stadium.  White-out simply means that everyone was encouraged to wear a white shirt to be in sync with the football team's white jerseys. The white out was put on by Mark Stanton, district director of Student Recreation. The Student Recreation Department gave out white shirts to our students as they entered the game. The football team wore all white uniforms and white helmets to go along with the theme of the night. Did it work? Well, the Eagles were victorious over the Wolfpack by a score of 17-14. 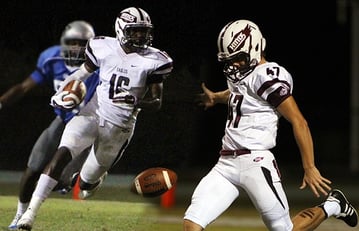 Men’s and women’s Basketball will have Media Day on Oct. 17 to promote their upcoming season. Local media will visit with players and coaches to get the inside scoop on what everyone can expect from the programs this year. There should be some excitement on the Utica Campus this season with the addition of some new players and leading scorers from both teams are returning.