It looks like school is in full swing again. February stuck up on us quickly! Where did those short weeks of Christmas break go? For me, they were very busy as well. I rang in the New Year with friends and my mom on December 31 and said sayonara to 2012. Then I spent the first four days of the new year at the Georgia Dome for Passion 2013, the largest Christian convention in the world.

Starting in 1997 in Austin, Texas by Louie Giglio, the conferences' main purpose is to unite Christian college students in worship and prayer. Passion is also know as the 268 Generation, the name coming from Isaiah 26:8, "Yes Lord, walking in the way of Your truth we wait eagerly for You, for Your name and renown are the desire of our souls." Passion '97 started with one conference and two thousand college students. Now, Passion 2013 sold out the Georgia Dome with 60,000 students and Passion has gone international on all six inhabited continents.

Passion is famous for their worship team, which is comprised of many contemporary Christian artists and bands such as Chris Tomlin, David Crowder, Christy Nockels, Colton Dixon, Lacrae, Kristian Stanfill, Matt Redman, and many others. Every year these artists debut their brand new music for the first time at the conference. Well-known evangelists in the Christian culture also play a key role in Passion, speaking during the week. Speakers from the January 2013 conference include John Piper, Beth Moore, Francis Chan, Judah Smith, as well as Louie Giglio.

A specific purpose of Passion is to raise awareness about issues that are not well known in the world today. Passion 2013's main cause was and still is the "End It Movement", which focuses on modern day slavery.

Slavery is at an all time high in the world today. There are 27 million men, women, and children in slavery right now. These forms of slavery include forced labor in stone and brick mills, sweat shops, brothels, and even in private homes where servants are abused. Fifty percent of these slaves are children as young as four years old. The United States is not exempt from this problem. Many women and children are trafficked into American daily. As an American society, many of us think, "Well, they could run away." Or, "They shouldn't be so naive." But these people living in the shadows do not know that there is a way out or that anyone cares.

That is where we come in. The End It Movement, along with International Justice Missions, Love 146, Polaris Project, and many other organization are working to END world slavery. Passion 2013 alone raised over $1,000,000 in support of rescuing and restoring people and their lives. But giving alone isn't the only way you can support the End It Movement: we have to spread the word. The majority of the world truly doesn't know that slavery exists. However, we can change this. Our voices matter. Whether you are a follower of Christ or not, you can shine a light on slavery.

On the last night of Passion 2013, all 60,000 college students and leaders surrounded the Georgia Dome and lit candles for all the people around the world in slavery. Then, a large, 40-light spotlight was lit, and could be seen for over three miles.

To learn more about Passion and the End It Movement, go to 268generation.com and enditmovement.com. 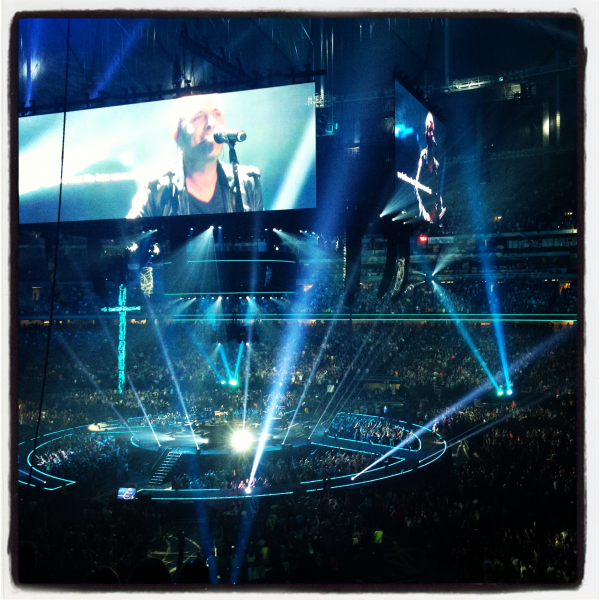 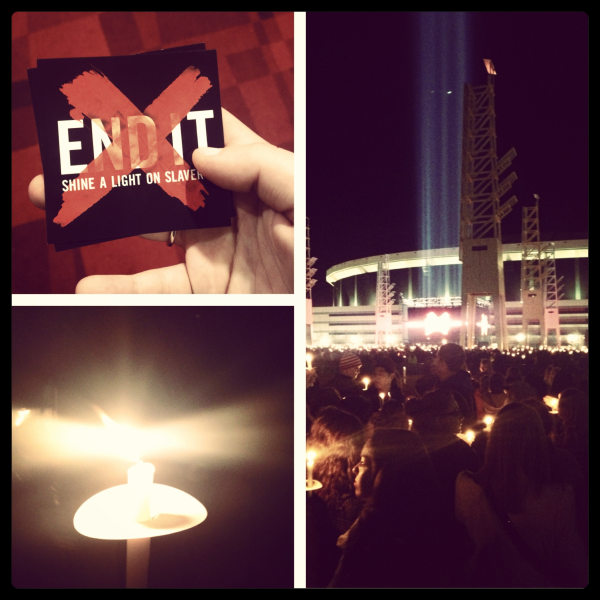