So the pageant is over and it is kind of sad because I had a wonderful time getting to know the other girls that were in it.  We had a lot of fun doing rehearsal and even backstage while waiting for the next event. There were only four girls who competed in it: Kelsey, Kelsey, Myself, & Paige. We competed in events such as: Interview, evening wear, on-stage question, swim suit, talent, and then at the end was the crowning of the new Ms. Hinds Community College. It truly is a great experience for the typical college student whether you have been in pageants before or not. I had tons of fans in the crowd that came to support me!

Even though I did not win, I was still extremely grateful that I had the opportunity to share my platform which was, to raise awareness for the missing. The private interview with the judges was the scariest part for me because I had no idea what kind of questions they were going to ask. Once I got in there, I felt a wonderful, friendly environment and it was not so bad after all! We actually had a lot of fun with the questions and they laughed a whole lot. Talent was also kind of nerve racking for me because at the last minute I had to change my talent due to a back injury. Everything seemed to work out as planned and I had a blast just being there. The pageant this year has prepared me a lot for next year. The pageant and people really helped me come out of my shy hole this year too. I really look forward to doing the Ms.Hinds Pageant again next year and I really hope that we can get more people involved in it. 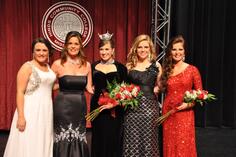 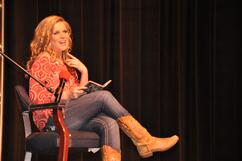 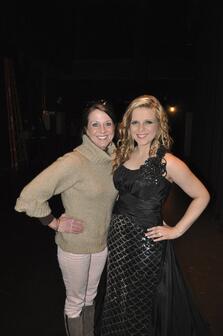