In some ways, Amanda McMillan of Pearl typifies the non-traditional Hinds Community College student. At age 43, she works full-time waiting tables at Table 100, is divorced and has three children. In her second semester on the Rankin Campus, she is also taking a full-time load of classes at 12 hours.

She’s not sure of her major yet, but found her sociology class fascinating and is considering a sociology or social work major.

But admittedly not many of our students are invited to tour the White House and sit with the nation’s first lady during the annual State of the Union Speech in Washington. That happened to McMillan in February after she got a phone call on a Friday afternoon that resulted in her catching a plane with her 16-year-old daughter Tuesday morning for the Feb. 12 speech that night. 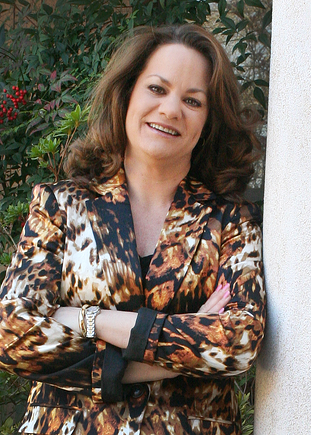 The path that took her to the White House is unusual. A few years ago McMillan filed a complaint with the Equal Employment Opportunity Commission when the company she worked for wouldn’t allow her the same job and pay opportunities as men were offered. She received a settlement in the case in 2011.

The White House asked McMillan to be Michelle Obama’s guest at the State of the Union address as part of President Obama’s push to highlight women’s rights.

And, McMillan has been asked to speak at an upcoming EEOC conference, with details to come.

As the mother of two daughters, she says she’s thrilled to see women’s rights get the attention they deserve.

And after two unsuccessful attempts to make headway in college before, she’s happy to be enrolled at Hinds.

“This time I approached it with ‘You might not graduate next week but you might make a passing grade on your test. Just take one thing at a time and just do one thing at a time, put one front in front of the other and eventually you’ll get where you want to be,’ ” she said.

For more on Amanda McMillan’s story, see an upcoming issue of The Hindsonian student newspaper on Hinds campuses.