Duke puts herself in students’ shoes

This is the first in a series of instructor profiles.

Hinds Community College has instructors of immense and extraordinary talents. In this case, Brooks Hall is the home for all things related to communication. Inside Brooks Hall, typically in classroom 101, is an instructor named Stacey Duke. Duke teaches public speaking, news writing, mass communication and TV production courses.

Hailing from Centreville, she attended high school at Centreville Academy where she was involved in track, basketball and yearbook.

During college, she served as editor of the Wolf Tales newspaper at Co-Lin and the Student Printz at USM. “I enjoyed being a newspaper editor,” said Duke. “Those jobs opened doors for writing for other local media.”

In an ironic twist, however, Duke didn’t start out as a journalism major. “I always liked to write, so I was an English major at first,” she said. “That would soon change because the adviser of the Co-Lin campus newspaper recruited me as an editor, and I fell in love with journalism.”

Duke has written for a variety of publications throughout her career and has worked in the field of public relations at USM and at the Phi Theta Kappa Honor Society International Headquarters. 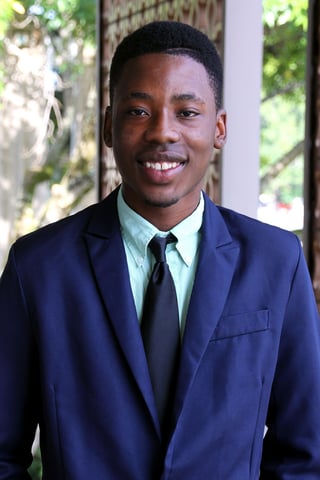 As an instructor who has been teaching for 27 years, Duke likes to connect her lessons to reality. “I try to teach information students can apply, whether it is in my public speaking classes or the journalism classes.”

Having a sense of compassion for each student she teaches, she keeps in mind that at one point she was a student. “I’ve been there before,” said Duke. “I dropped public speaking the first time I took the class, so I know how stressful being a student can be.”

With her hands-on style of teaching, her main goal at Hinds is for students to feel comfortable in her classes and leave feeling like they accomplished something. “I want to help students grow as much as possible in the short period of time they are in my class,” she said.