Hinds CC’s Cole Berry mentors as much as counsels

In Hinds Community College’s counseling office, there is a certain test administrator who has taken on a lot of responsibility. He’s an instructor, test administrator, counselor and, just as important, a mentor. Douglas Cole Berry may be the go-to guy when it comes to course planning. At the same time, however, he’s no stranger to mixing it up in his classroom.

“I was a music guy; we would broadcast over the school’s radio,” Berry said. “Everything was fully equipped - mixing board, microphones, you name it. They were at all our disposal.”

Berry described finding his voice during his time at Northeast Louisiana. “This may be hard to believe, but I was a rather shy guy,” Berry said. “Going to Northeast, it helped me break that mold and become more vocal.”

Because of his qualifications, Berry soon chose Hinds and started a career at the institution. “Coming here was one of those life-changing experiences for me,” said Berry. His advice to the students he instructs, counsels and mentors is very simple -- take college seriously.

No matter if it’s within the confines of his classrooms, behind the desk in his testing office or working with colleagues, Douglas Cole Berry is an upstanding guy that truly cares about the institution and the people around him. 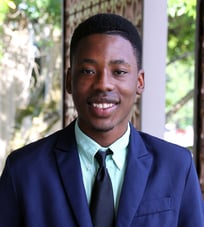