How Wise Are You? Analyzing the Definitions of Wisdom

Hello Hinds Community College Faculty, Students and Staff. My name is De’Shane Frye. I’m a sophomore mass communications major on the Raymond Campus and a student worker in the Public Relations office. It is with great honor that I am currently enrolled in the Philosophy II course taught by instructor Stephen Wedding.

According to what I learned in Philosophy I and II at Hinds Community College, wisdom may be the most elusive achievement that a man or woman searches for throughout life.

These three key and principle meanings of wisdom, on the surface, may see the same. On the other hand, take a deeper look ­— not just at the definition, but the words within the definition. Let’s look at number 1. You see the word “experience.” This to some may seem true; but how true is it? We as people associate the word experience with age. However, age in itself doesn’t always equal wisdom.

Take a 40-year-old for example. Due to his or her “experiences” as a youth, the 40-year-old might tend to think he knows exactly how to play the game most of us call “life.” Thinking his intelligence is superior to that of 20-year-old, some tend to behave in the latter’s age group.

Speaking of which, let’s look at the 20-year-old. This person is open to the possibility of learning as he or she realizes that the world is constantly revolving and each passing day presents a new opportunity to educate themselves.

With that being said, the person in my last example has good judgment-making skill, which brings me to the terms within the definition of wisdom “good judgment.” The act of making “good judgment” is doing what’s in the best interest of yourself and others. Let’s dig deeper into that last part.

A man owns a construction business and he’s facing budget cuts. It’s either lay off some workers in both corporate or in the field or go bankrupt. Reluctantly, he follows suit and remorsefully lays off the workers. Some would argue and say that he acted in his own benefit; those people would actually be right. However, it could also be added that he didn’t just act in his own benefit, but for the benefit of his business.

Now, let’s use a more concrete example. Parents might act in an immature way before the birth of their children. Realizing that their lives are about to change drastically, they make lifestyle changes. The child arrives, everything immature that the parents were doing initially stops almost immediately. In this case, they don’t act for their own personal interest, but in the interest and the future of their child. The last example could be described as altruism, doing things in the interest or for the gain of others.

In the third definition we see the words “principles that develop within a specified period.” Time change would be the key understanding here. In different parts of history, each society has had some fearless leaders.

For example, the Greeks had Socrates, Plato and Aristotle. The 19th and 20th centuries had Sigmund Freud and Bertrand Russell. The Civil Rights movement had Malcolm X and Dr. Martin Luther King Jr. Point is, each of these men in so many words, did the same thing but in different ways.

With Socrates and his students Plato and Aristotle it was all about the study of wisdom and the physical world. With the Freud and Russell, it was about the study of man living within society or amongst other people. With Dr. King and brother Malcolm is all about racial equality. The one thing that these seven men have in common is that they helped set up the laws of the world and in many ways set the standard for what “true” wisdom is, if there is any.

Throughout these three definitions of the word wisdom, which applies mostly to the world we live in? What makes us as human beings wise? What do we have to do in order to achieve such a feat? How wise are you? 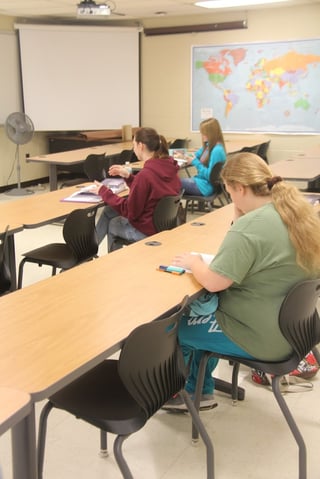