Set in the 1960s, the play tells the story of two social groups, The Greasers and The Socs. The Socs are a group of middle-class kids who are in contention with The Greasers. The Greasers are their opposites as they hail from “the other side of the tracks.” Tensions would soon come to a head between the two parties. 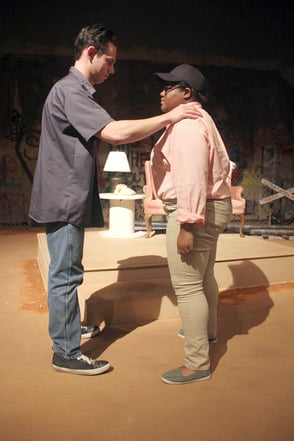 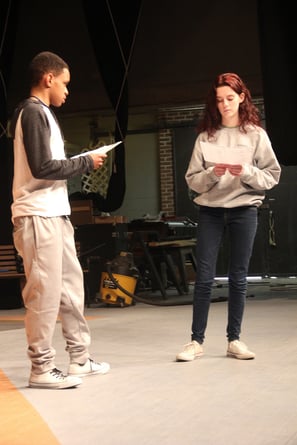 Crystal McLendon, who plays “Mrs. O’Briant” and doubles as the fill-in director, says that the play serves as a lesson. “My character teaches both sides,” McLendon said. “She not only instructs the wealthy kids that are the Socs, but she and others teach the Greasers as well.”

Carra Spencer portrays “Ponyboy.” Curtis gives a great description of her character. “Ponyboy is kind of like me,” Spencer said. “He’s like me in the way that he is the youngest sibling out of three siblings. It also tells a story of appreciating what you have, while you have it.”

As both sides battle to reign supreme in their respective communities, some who start off tough won’t remain the same throughout. Reed Jackson will portray “Randy Anderson,” and he explained how complex the character is. “At first he comes off as an ignorant jerk,” Jackson said. “However as the play progress, we see him start to change and show respect where it is due.”

Allan Walker signed on as the lead character Johnny Cade, and he describes the character simply as misunderstood. “The closest thing to Johnny is Dallas.” Walker said. “Johnny looks up to Dallas so terribly, that when something bad happens, he’s actually happy to see Dallas waiting in the wings.”

Anyone who has seen movie or read the novel knows that the audience is in for a tear jerker. The Outsiders has it all — it’s funny, sad, philosophic and, above all, it is good. Be sure to catch the Lendon Players in action as they present “The Outsiders” from Tuesday, April 24 to Friday, April 27. The play is at Brooks Theatre on the Raymond Campus. The house opens at 6:30 p.m. and the show begins at 7 p.m.

Adult and general admission is $8. Hinds students get in for $4 with a valid ID and a ticket bought in advance. All other students at the door are $5. Hinds employees pay no admission. And no children under age 10 are admitted. For more information, contact the Speech Department at 601.857.3266.

De’Shane Frye is a sophomore mass communications major on the Raymond Campus and a student worker in the Public Relations office. He graduates on May 11.