Community college athletic programs may not be as extravagant as 4-year universities, but they do have a lot of advantages. Because of scholarships, community college athletes have access to higher education at little or no cost and—if successful—they get the opportunity to continue their education and athletic career at a university. This is true for former Hinds Community College track and field star Robert Wells.

Robert is a two-year letterwinner at Hinds Community College, where he earned All-American and All-Conference honors. In May 2014, Robert competed in the Southern Miss' Black & Gold Invitational, where he won 1st place in the Men’s 200-meter dash, placed 3rd in the men’s 100-meter dash and helped the Hinds track team win first as the anchor in the men’s 4×100 meter relay! 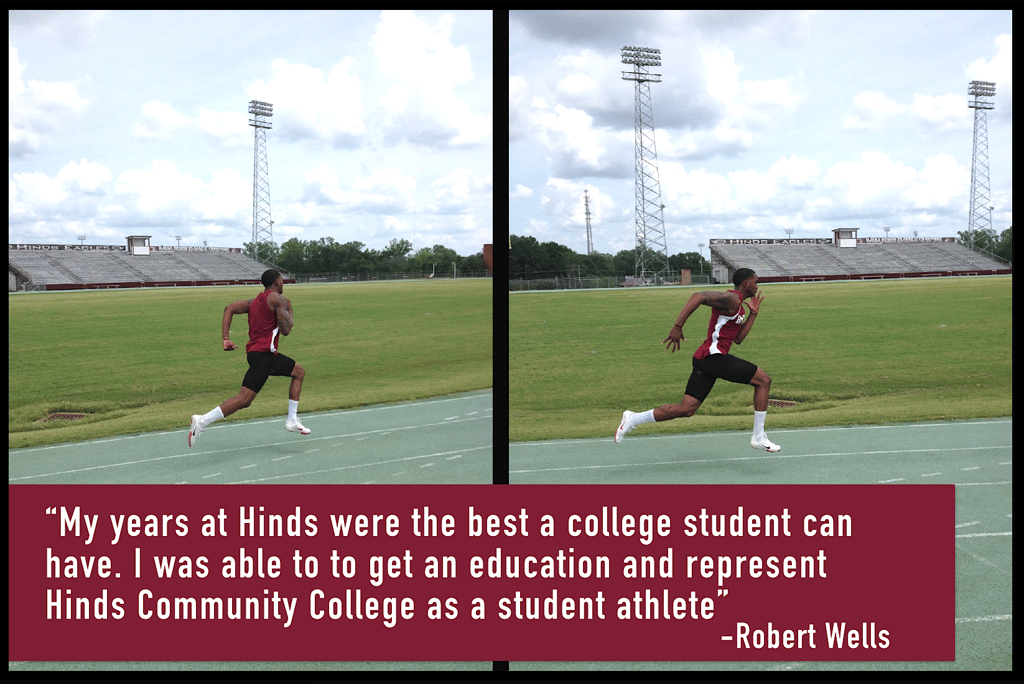 The Hinds Community College track & field program has been very successful under Head Coach Reginald Dillon. When asked about his relationship with Robert, Coach Dillon said:

Robert came to Hinds and the most important thing he wanted was to graduate and attend a Division 1 school.  It was a pleasure coaching him—he always did extra and he was a model student.  Robert set his goals high and never lost focus.  I can expect a text or a call at least 2-3 times a week during track season just to tell me how a race went or if he needs some motivation.  Sometimes I have to remind him that he needs to relax... he's worked hard and prepared as much as he can.  I'm very proud to say Robert Wells is a true Eagle.

Robert commented on their relationship saying, "Coach Dillion was a father figure to me. His main goal was to make sure the students he coached were able to succeed in the classroom and on the field.  We have a strong relationship and talk daily. He always gives me advice and makes sure I am doing well in my classes. Because of Coach Dillion and his training, I am now a Division 1 athlete. I received an athletic scholarship to the University of Southern Mississippi—where I'm able to continue my education and grow as an athlete." 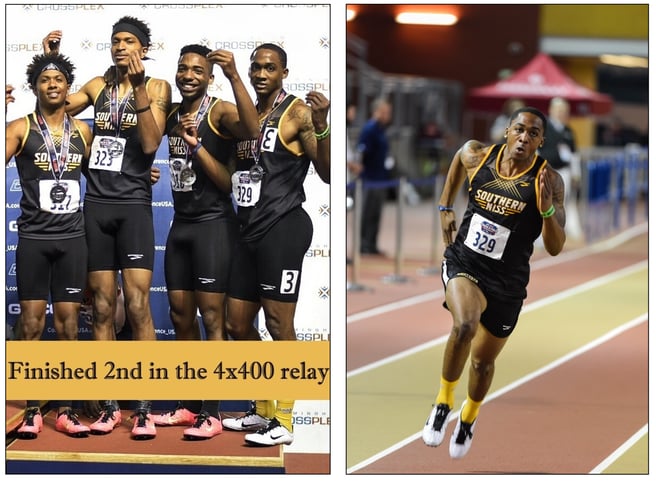 A new season for the Southern Miss Track & Field athletes will begin on May 2 [2016] at the Jace LaCoste Invitational hosted by Mississippi State. Robert's final thoughts on the upcoming season: "This year will be my senior year at Southern Miss and I plan on starting were I left off.  I'm on a mission and will to do whatever it takes to achieve my goals for this upcoming season."