Recently, 21 STEM students from the Utica Campus visited the United States Capital in Washington, D.C. The purpose of the visit was to attend the USA Science & Engineering Festival.

As academic dean, I was privileged to make the trip with our students.  The Festival culminated with a Grand Finale Expo on April 16-17. More than 350K+ attendees celebrated science at the Expo and engaged in activities with some of the biggest names in STEM.

In case you don’t know, STEM stands for Science, Technology, Engineering and Math, a big emphasis for our campus.

It started Wednesday morning, April 13 at 3 a.m. when we were to meet on campus to board Hinds CC buses for the journey to the Louis Armstrong New Orleans International Airport. We had a non-stop two-hour flight to Washington, D.C. on the Southwest Airline.

When we arrived in D.C., we checked into our hotel, Marriott Residence Inn, dropped our luggage and we all went to dinner at Stan’s where the food was delicious. After dinner, we settled down to prepare for our first day of the STEM symposium.

At the X-STEM Symposium sponsored by MedImmune, we heard from a variety of speakers. They included Dr. Patricia Bath, whose topic was Cosmos of Lasers in Ophthalmology; Jon Perry, whose topic was Evidence for Evolution in Your Own Backyard; Dr. Matt Bobrowsky, whose topic was How Big, How Far are Objects in Space; Stephen Frick, whose topic was From Algebra to Orbit: An Astronaut’s Perspective; and Thorsen Wher, whose topic was The First Step to Becoming a Scientist, just to name a few.

Later after the symposium, we had the opportunity to visit many historical sites such as The White House, the Washington Monument, the Lincoln Memorial and Dr. Martin Luther King Jr. Memorial.

On day two, Friday, April 15, we took a sneak peak at the festival. We visited several booths and the career pavilion. The first two booths that peaked most of our interest was about the human heart and how the lungs work when a person is on life support.

Classie Bradford and Caitlin Richmond listens to a talk about hearts.

After the sneak peak, we all decided to walk around Chinatown. Chinatown is a small, historic neighborhood east of downtown consisting of about 20 ethnic Chinese and other Asian restaurants and small businesses. I was invited by two wonderful graduating sophomores, Joshua Hodge and Classie Bradford, to grab some sushi. I had the shrimp tempura roll (cooked) while Classie and Joshua decided to have raw dishes. After all, why go to Chinatown and not enjoy a dish from China.

Saturday morning, we continued our excursion around the festival visiting vendors, questioning researchers about their research and speaking to companies about internship opportunities.

After the festival, we learned that D.C. was celebrating Emancipation Day. The D.C. Compensated Emancipation Act of 1862 ended slavery in Washington, D.C. freed 3,100 individuals, reimbursed those who had legally owned them and offered the newly freed women and men money to emigrate. It was this legislation, and the courage and struggle of those who fought to make it a reality, that there is a commemoration every April 16, known as D.C. Emancipation Day. The night ended with a firework show at Freedom Plaza.

Sunday morning, we were up bright and early to prepare to head back to Mississippi. By this time, I think everyone was home sick and ready to get back to the hospitality state. Some of us caught up on some sleep while in the airport before departing D.C. 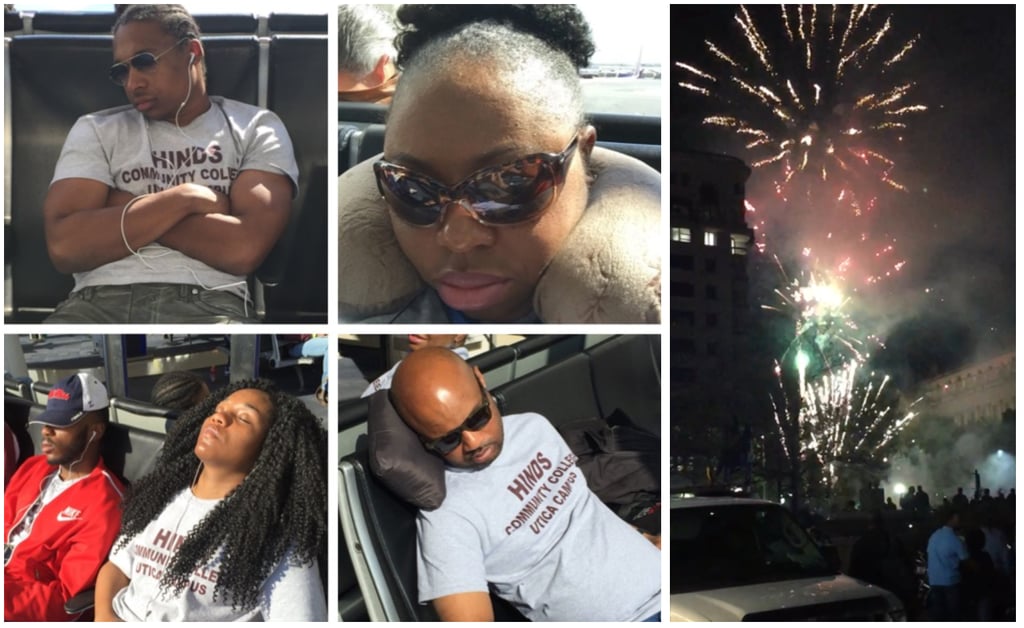 On our way back from New Orleans, we stopped to get a bite to eat. There, we saw one of our partners of the STEM program from Jackson State University, Dr. William McHenry. Dr. McHenry supports the STEM program by providing iPads to STEM graduates. 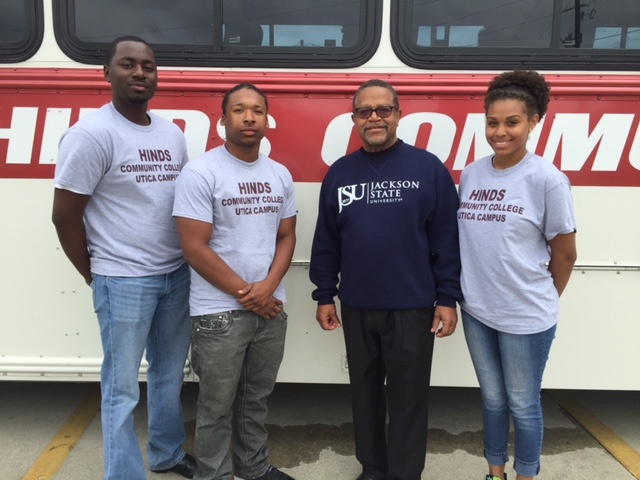 This experience was a great one. On behalf of the STEM faculty and staff, we thank the National Science Foundation for funding our STEM-UP Academy and we look forward to providing more opportunities for our deserving students on the Utica Campus!