Titles/tournaments are a Hinds baseball tradition

Hinds Eagle baseball is synonymous with success, not only in Mississippi, but also on the national arena. Tied with Jones County Junior College (and two others outside Mississippi) as the other Mississippi college with eight total College World Series wins each on the National Junior College Athletic Association "total wins leaders" list, the Eagles are also tied with four other colleges at six total CWS appearances on the leaders list of 15 schools.

Just LSU-Eunice, the only other Region 23 college, has more CWS appearances than Hinds CC does, in our region (which includes Mississippi and Louisiana).

All of these appearances and titles, both locally and nationally, put Hinds CC baseball on anyone's radar and is one reason so many Hinds players are scouted and wooed up to the next level, division 1 baseball, with some ending up on Major League Baseball teams. Hinds has had national players and pitchers of the week and year on its roster also (See article Postseason Recognition). 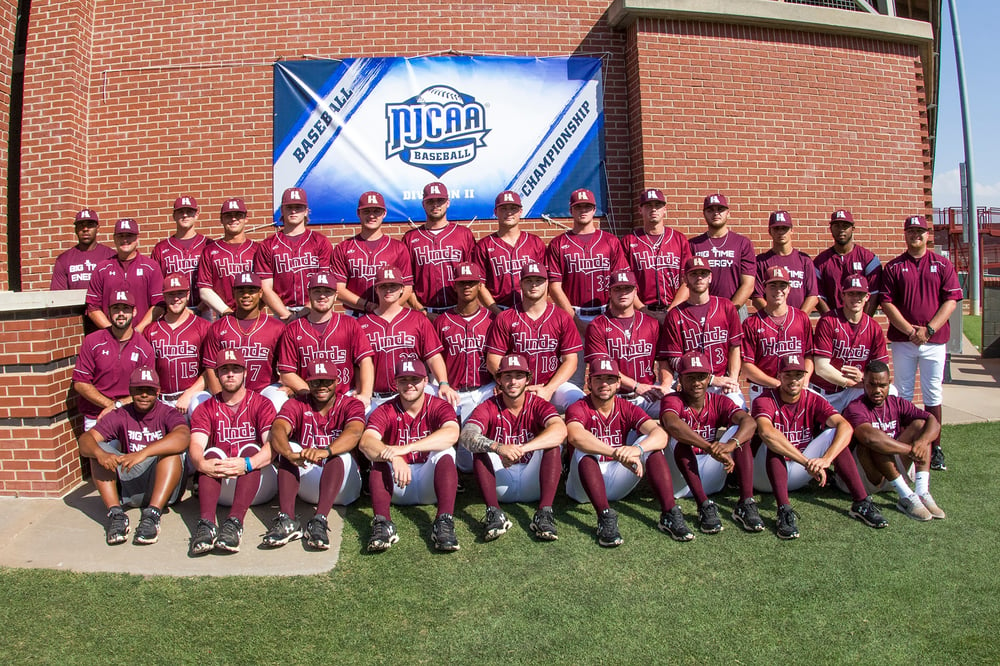 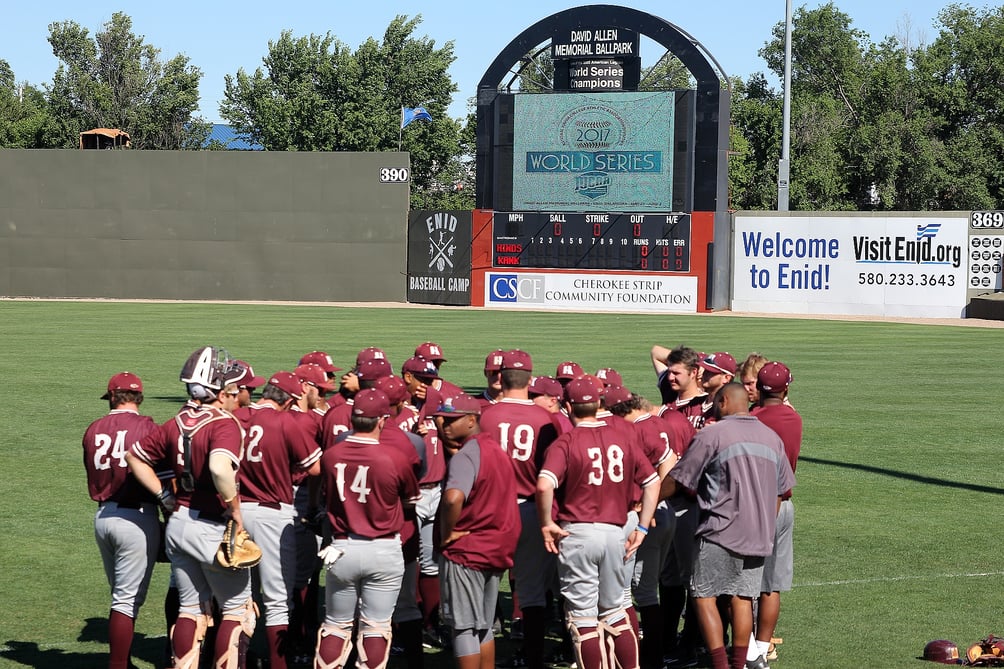 Eagles just before their 2017 CWS game vs Kankakee, Ill.

These last three years, I've had the priveledge to witness and photograph Hinds' winning teams and many exceptional players. Most recently, a trip to Enid, Okla., and the 2017 Dll CWS was my latest baseball adventure. The Eagles started the national title hunt with more than 10 players already committed to Division 1 colleges. Champions among champion teams, the Eagles ended the national title hunt with a disappointing loss to a team that eventually played for the national championship (the day of this writing). But a galant effort was made and they can move on, heads held high, knowing they played well against worthy adversaries.

For the second time in the nine years hosting the Region 23 champions at the CWS, Steve Goeke and family provided a warm, friendly place as they, along with two Little League teams, welcomed the Eagles to their home. These kind and supportive future diamond stars and family made our team feel comfortable while so far away from home and Raymond, Miss.

At the home of Steve and Leah Goeke in Enid, Okla. Pictured with some of Steve's select and all-star Little League team members.

Now in a Centennial year for Hinds Community College, the school can proudly say that when it comes to baseball, Hinds has always been a force to be reckoned with, since its first baseball state championship title in 1924, during the college's infancy, to present day as 2017 NJCAA Region 23 Champions and national title contenders.

Click these links below to view Facebook photo galleries of the postseason road to the 2017 Dll CWS trip to Enid, OK