Every year since 1998, Beloit College has released their "Mindset List" around the beginning of the Fall semester. The list is meant to reflect the way incoming college freshmen view the world. I always find the info interesting and entertaining, even if I don’t agree with every characterization and even though each new list makes me feel old.

This year incoming Freshmen were born in 1994. Since music has always been a large part of my life, it blows my mind that Kurt Cobain has always been a dead rock star to these students & Pearl Jam has always existed. I was a child of the “mix tape” era. Sure, I haven’t owned a tape since 6th grade, but I remember late nights of staying on the phone with my best friend, waiting for a song to come on the radio so we could tape it. That sounds ridiculous now.

I grew up watching Michael Jordan, Larry Bird, and Magic Johnson play basketball.  The original “Dream Team” played in the Olympics 2 years before this year’s incoming Freshmen were born. I remember when Jose Canseco was the 40/40 man, the first player in MLB history to hit at least 40 home runs and steal at least 40 bases in the same year. To my youngest brother, he’s always just been the steroid guy & a loser on reality TV.

There are some things that I think are really cool on this year’s list. I like #12 - maintaining relations between the U.S. and the rest of the world has been a woman’s job in the State Department and #23 - Women have always piloted war planes and space shuttles.  I think there are some important things missing, such as our country being involved in major foreign conflicts & the rough economy that has existed for most of the lives of eighteen year olds. I am interested in how these things have effected the Freshmen at Hinds Community College. 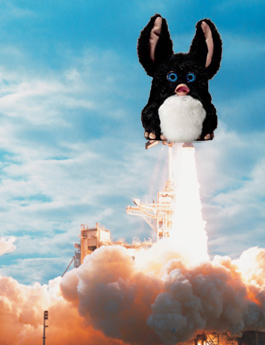 Each generation has their own experiences of historical events that help shape them. My parents remember Neil Armstrong landing on the moon. I was in first grade when the Challenger disaster happened on live TV, it’s something that will stick with me forever and fueled my interest in science. #26 on the 2016 list talks about the Furby, a toy (a very annoying one) that a lot of Freshmen this year played with as children. The Furby had as much computing capability as the Apollo 11 Lunar module that Neil Armstrong piloted. Our experiences regarding technology are definitely different.

Check out the list and let me know what you think about “your” list in the comments. I’ll be the first to say that most of the things on “my” list are untrue for me. We’re all different, of course.

Students, what are the most common references do your parents or instructors make that sound foreign or “old school”? I thought #27 was pretty funny - Outdated icons with images of floppy discs for “save,” a telephone for “phone,” and a snail mail envelope for “mail” have oddly decorated student's tablets and smart phone screens. Do you even think much about that kind of thing? What historical events helped shape you?

If you were born before 1980, I’d like to know your thoughts on the lists as well. What surprises you most about them?