As we lined the field with orange cones and yardline markers and stuck the red penalty flags in the waistbands of our shorts, the students began arriving for the games.

Six flag football games would bring more than 150 students out to our fields over a three-hour period. This three hours included signing each individual player in, checking for their student (or faculty) ID, having each team grab the flag belts and making sure they understood not to tie around their waist, but to simply clip.

And before each game one of the main officials would speak to the teams: “You all know this is an intramural… we’re out here to have fun… no acting up, no fighting… this is a non-contact sport… keep the language down or you will get a penalty for it…” etc. every day, six times a day, four days a week, for up to seven weeks.

And then as soon as it was over, it was time for the next sport — dodgeballs flying, whistles blowing, gym stinking, students sweating and insisting that they did not actually get hit by a ball when they clearly did — and the year flew by.

When I began my very first job out of college here at Hinds in June 2015, I was completely unaware of the brand new world I would be stepping into — a crazy world that would at times frustrate me, drain me, grow me, teach me, discipline me, but more than all that a world that I would grow to love.

This is the world of Hinds Recreation. 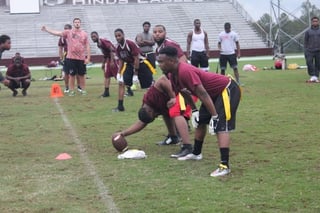 The word “Recreation” is an all-encompassing title that works to describe all that we do. Our department is made up of two full-time employees:  Mark Stanton, District Director of Student Recreation, and myself, Coordinator of Student Recreation; along with one part-time employee who is Keith Williams, Coordinator of Campus Life. But that is really just the tip of the iceberg when it comes to the who that makes up Hinds Rec.

The three of us play a big role in making intramurals and activities happen, but we wouldn’t be able to do it without student workers, interns and Hinds Connection students working alongside of us, with and without pay, to make college a better experience for their fellow students.

With one part-time student worker and approximately eight work-study students and up to two interns every year, a lot of effort goes into each intramural and activity-filled semester. We offer more than 25 individual intramural sports every year and around 21 different activities throughout the semester, 13 of which are district-wide.

Of course, our intramurals and activities are focused on student participation, but we absolutely love when faculty and staff are involved as well. Any employee of Hinds Community College can participate in intramurals.

Below is a complete list of the intramurals we offer for students (and employees) of every campus. 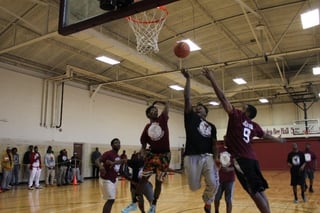 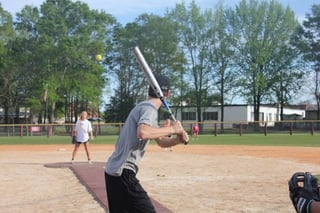 Co-ed Softball in full swing on our “new” softball field 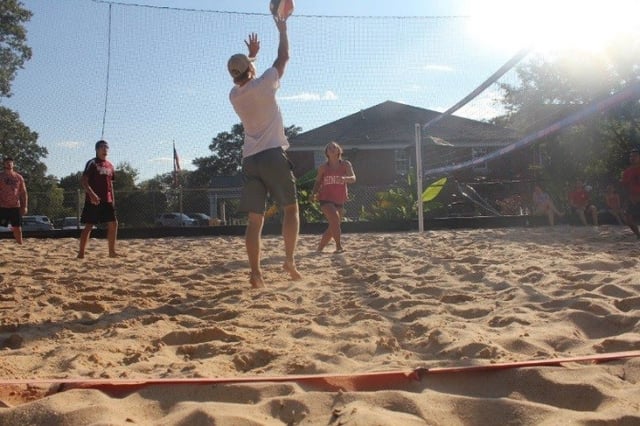 Co-ed Beach Volleyball at First Baptist Raymond. This year we will be on our own new sand court on the Raymond Campus. 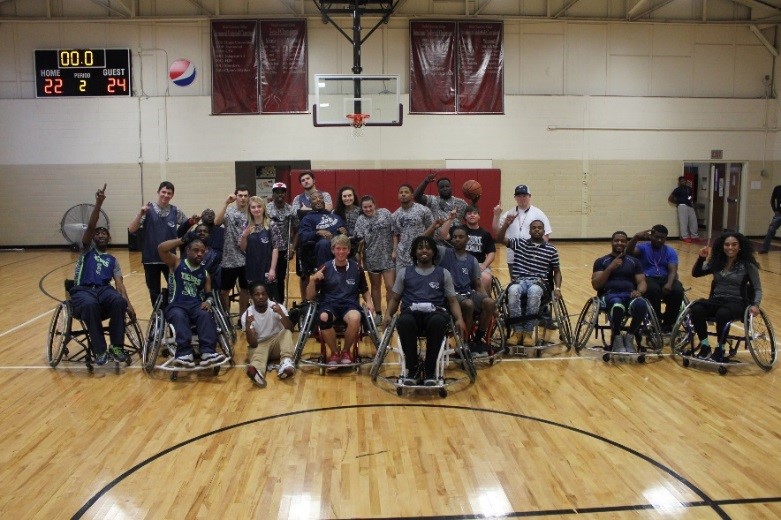 The Rolling Tigers and students in Bee Gym for wheelchair basketball.

We are constantly on the go and switching gears week in and week out. Mark and I juggle totally different roles, switching so-called “hats” throughout each day to fulfill our job descriptions. Hopping from serving pizza, popcorn and sno-cones

in the morning on a different campus, to meeting with Hinds Connection students some afternoons, then heading out to referee a flag football game — we truly feel like we do it all some days. But every second of every day we love what we do.

Interacting with students of any kind is a joy to our daily lives and I can honestly say that, despite the energy I have to muster some days to keep it up (and the amount of coffee I drink to tap into that energy), I wouldn’t have it any other way.