Still All About the Students

Even after 29 years of raising funds for student scholarships and faculty, staff and student development, the Golf Fun Fest remains Hinds Community College's most successful fundraiser.

All the hard work is for the students, true, but I have attended and photographed more than 20 of these tournaments and those of us who have to “work” it sure do have some fun.

Here are some photos from the 2014 Golf Fun Fest. Clockwise from left: Wendy Barnes and George Thrash; Tammy Wood, Peggy Lofton, Dr. Tyrone Jackson, Gay Saxon and Allyson Leach; Louanne Langston and Dr. Theresa Hamilton; Jack Hite, Clifford Irving and Erin Callihan; and that one in the middle is Dede Furniss and me, on the left. 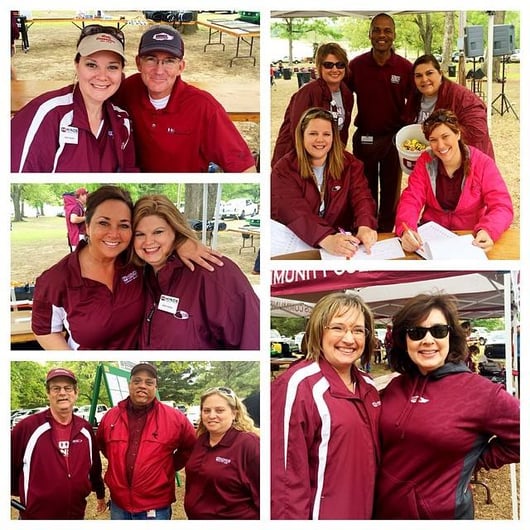 This year’s 30th Golf Fun Fest is Thursday, April 20, at the Eagle Ridge Golf Course in Raymond and has produced more than $1.3 million since its beginning. 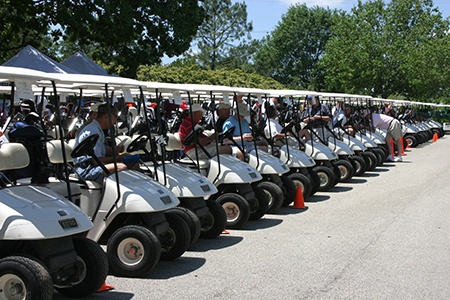 The food will be catered by Valley Foods and will be a come-and-go, buffet-style type of event for breakfast and lunch with an ice cream social after the afternoon round. Here are some of the past years' buffets…yummy! 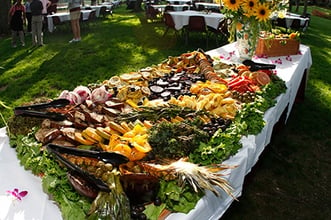 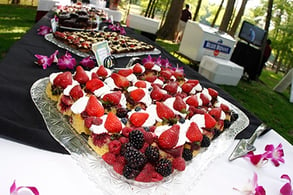 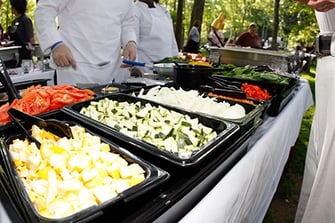 This event could not have the success that it has every year without the wonderful sponsors such as Keith Ferguson, owner of the Logo Store, and Valley Foods. Below is Leigh Sarrett (former Hinds Connection, now working back at Hinds), Keith Ferguson, me and Marie Smith back in 2012. 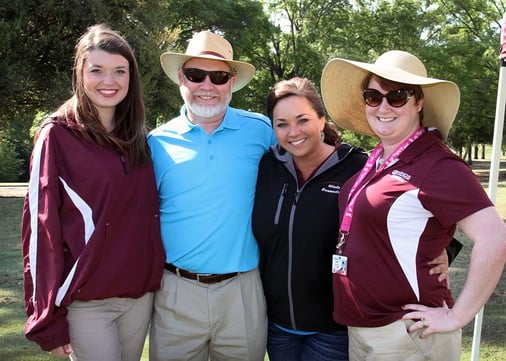 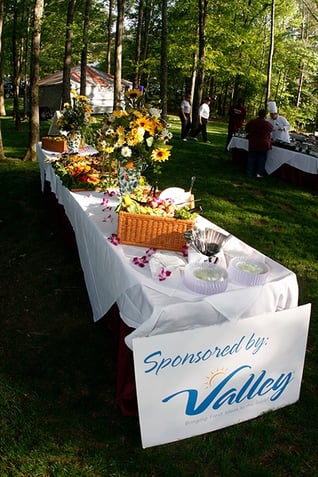 Then there is the “Ball Drop” that started several years back. A helicopter would hover over the golf course and drop 300 balls that were sold for $10 each. If your ball was closest to the hole you win $250! This year, instead of a helicopter, there will be a drone from the Hinds Community College UAS Program that will drop 100 balls around the lunch hour. Might be good that the drone can’t carry 300...more of a chance to win that $250! Here is Lesia Porch back in 2012 when she won and on the right are the ladies ready to take your money. 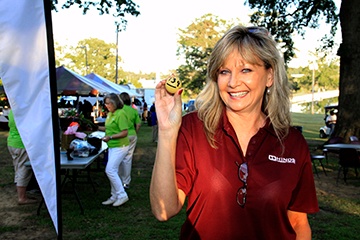 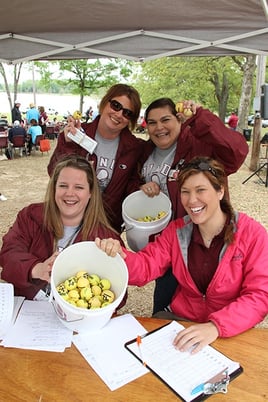 The Silent Auction is a big part of this event, and this year it’s going to be really special. We’ve asked our Career-Tech Programs from all campuses to make items for the auction. The goal is to have 100 items, many of those made by Hinds students and employees, in honor of the Centennial celebration. 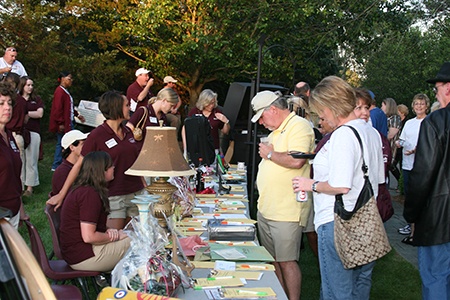 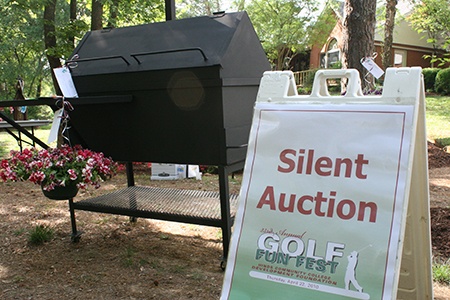 The Foundation is inviting all employees to participate in the fundraising effort this year in several ways.

First, employees can attend our “Early Bird” Silent Auction. The items produced by our Career-Tech Departments will be on display in Fountain Hall on Wednesday, April 19 from 10 a.m. until 2 p.m. Employeees who see an item they like can fill out a bid sheet for the amount the are willing to pay for the item. If no one at the golf tournament outbids them, it’s theirs for the amount of the bid.

Second, they can donate to the Silent Auction. We know that we have many talented employees on all our campuses, and many have already offered to donate handmade items for the auction.

And who really makes this tournament as successful as it is? Well, the golfers of course! Like Vice President Thomas Wasson waiting to tee off back in 2012. 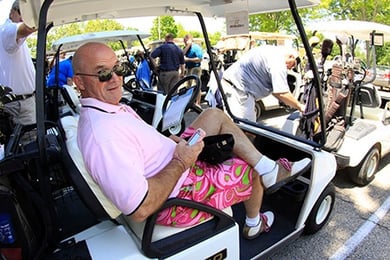 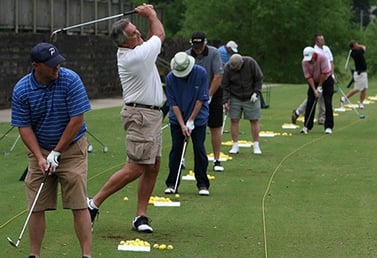 Some of these guys (and gals) have played in this tournament since the beginning.

First photo below is Terri and Jerry Black back in 2009. 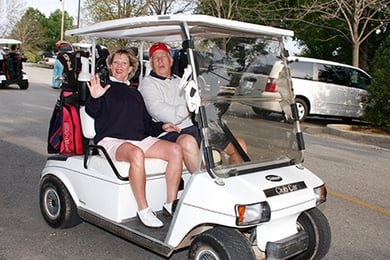 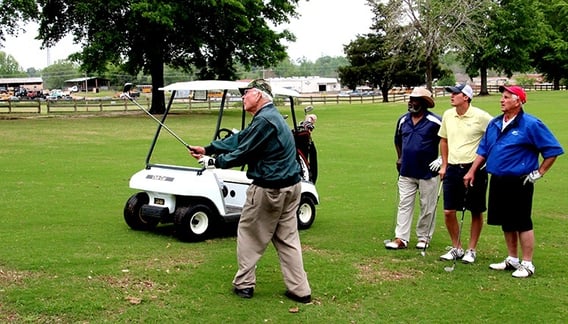 This event could never happen without the many workers, volunteers and Hinds Connection students. Here are just a handful of them hard at work (and having fun!) 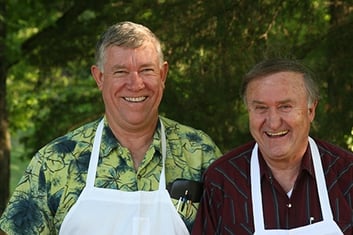 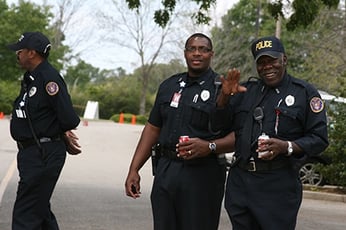 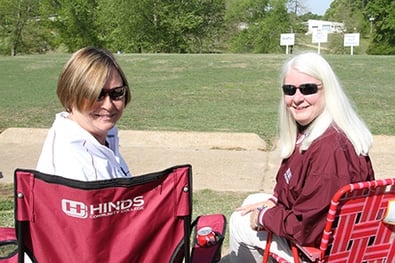 Below, the late Vashti Muse, Jackie Granberry and Judy Bufkin are enjoying the dinner festivities back in 2007. And that's Wendy Barnes there in the middle. On the right is Theresa Hamilton about to enjoy some of that great food I mentioned. 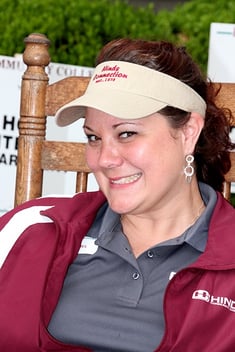 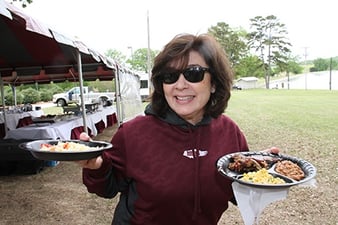 Peggy Lofton is testing out the beautiful rocking chair that was a part of the silent auction, and Joyce Newton and I getting a hug from Dr. Muse in those photos on left. 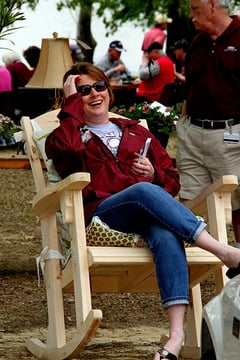 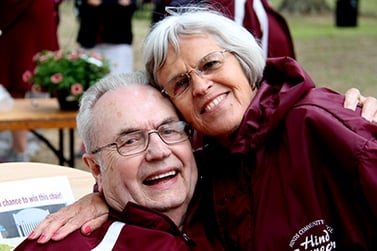 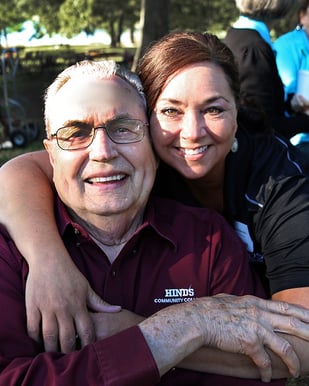 Weather is always on our minds as the Golf Fun Fest approaches each year. It’s kind of an inside joke that the newest employee in Jackie’s department is in charge of the weather. Whoever it was in 2011 did not do a good job! In all of my almost 25 years of being at Hinds, this is the only year that I remember a partial day of golf being cancelled. We now refer to it as “The Year of the Monsoon.” This Hinds Connection student was really enjoying the 2011 Golf Fun Fest! 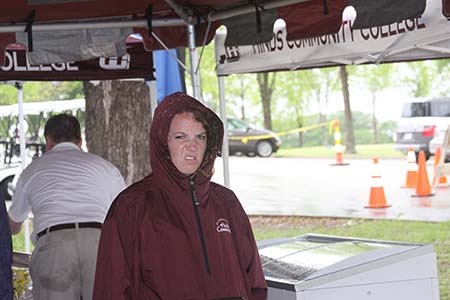 There is one story that I don’t tell too often, mainly because there are a few people who tell the story EVERY SINGLE YEAR before I even have the chance…Jack Hite!

Back in 1999 (or maybe it was 2000) a Hinds Connection member was driving me around to get photos of all the teams. Poor sweet girl, she never meant to throw me out of the golf cart. She was simply making a hard left turn when she realized that we needed a photo of a team over “that way.” Well, needless to say, I was holding a very expensive camera and as I rolled out of the cart and turned a flip or two, all I could think about was don’t drop the camera! After severely spraining my ankle and going through two weeks of physical therapy, Jackie Granberry said I should have just dropped the camera because it would have cost less than the workers comp.

(There is probably a photo of that somewhere, but I am glad I didn't find it!)

Looking back over the years there are many stories that many of us could tell from this event, but I guess that is what makes it such a fun day. And no matter how much fun the golfers, workers and volunteers have on this day every year, it is still all about the students and the scholarships that this great event provides!

Below are some of the Hinds Connection students who have worked the Golf Fun Fest over the past several years. Many of these students are recipients of the scholarships that are funded by this one-of-a-kind event! 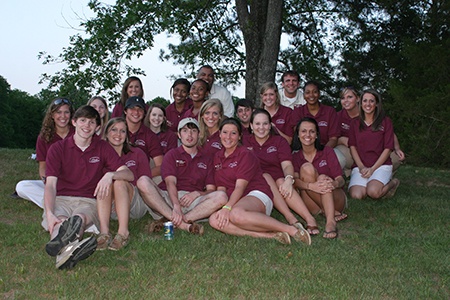 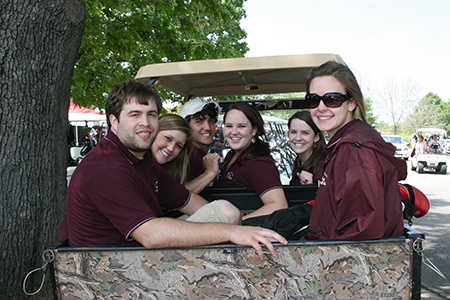 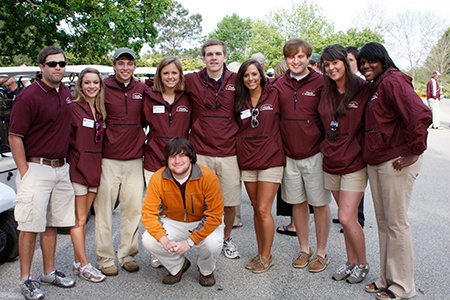 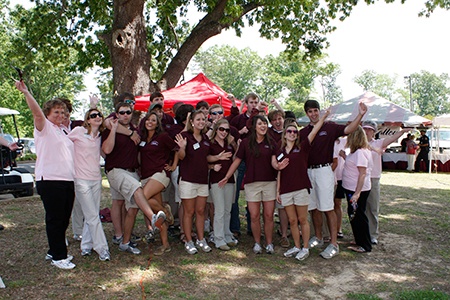 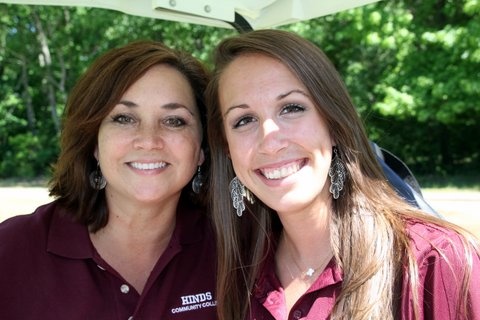 If you would like to play in this year’s 30th Golf Fun Fest or for more information on the tournament, contact Libby Posey at olivia.posey@hindscc.edu or 601.857.3350