As Hinds Community College wrapped up a winning season on the gridiron last month, another successful season was wrapping up on the sidelines.

For the first time since the late 1980s, the rhythmic joy of the Eagles’ cheerleader team had male voices – five of them, to be exact. Sophomore Alex Hutton and freshmen Richard “Tito” Torres, Addison Sumrall, Chris Westlake and Powell Pierson, all Pearl High School alums, formed a spirited quintet on game nights. 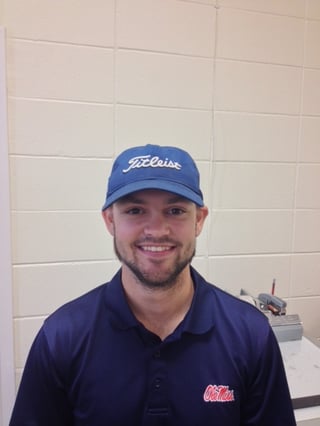 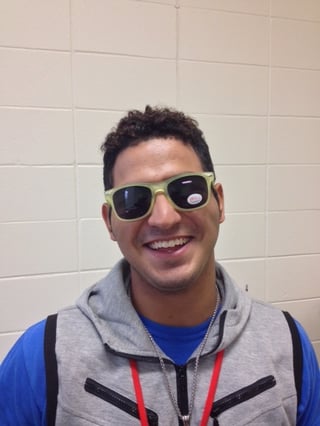 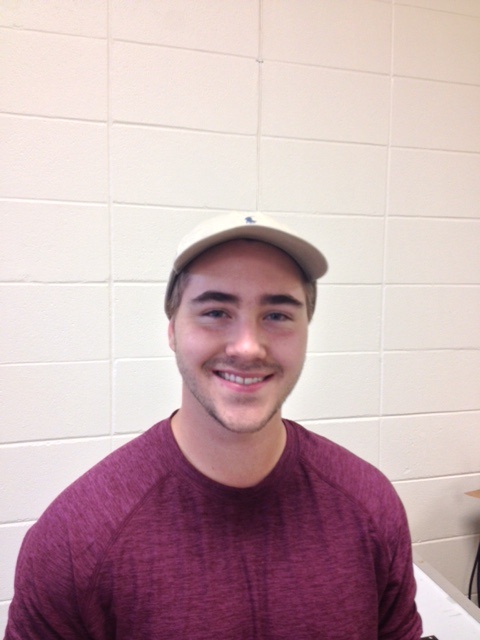 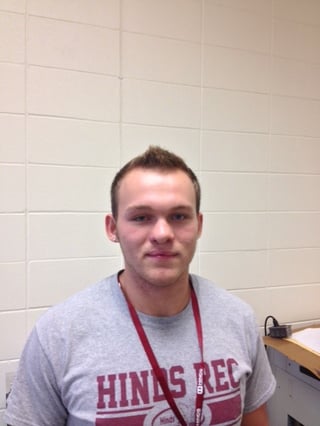 Turns out, team chemistry came easy to this bunch of guys, some of whom have known the other since elementary school.

“Most of the girls came from different schools and had kind of formed a team,” Hutton said. “We were all on the team at Pearl, so it was about getting them to understand us and not so much us understanding them.”

Getting routines down-pat, from proper spacing to the all-important catch, demanded about 13 hours of practice per week during the summer, including two-a-days once a week. Team success in cheering, they said, is measured in different ways than other team sports.

“It’s not like basketball where you can go double-team and help out covering a guy,” Pierson said. “You just have to hope the guy next to you does his job. I have to hope he can do his job so I can keep doing mine. They say you’re only as strong as your weakest link. And here, that shows.”

The keys to successful routines are synchronization, sharpness and performance, or “the way you look while you’re doing it,” Torres said.

“You’re good if you max out all scores on formations and tumbling,” said Westlake, a massage therapy student.

The girls say trust is key when they have to break in a newbie. That goes double when it’s the person that’s catching them from several feet in the air.

“You’ve got to put your full trust in that person,” said Taylor Jackson, a sophomore from Clinton, who partnered with Torres on the sidelines this past season. “Once we had practiced and got out there, it was pretty easy.”

Most credible estimates still have cheerleading as overwhelmingly female, though it depends on the level of competition. It’s about 95 percent female in high school but roughly 50-50 at the collegiate level.

Lou Anne Askew, whose long tenure at Hinds included being the cheer coach, confirmed it’s been since the first Nintendo video game system came out that males were on Hinds’ cheerleading squad. One of the most recent ones is a character actor in Hollywood.

“Jay Haley and Ash Taylor were the last ones til this year,” Askew said. “Ash was a guest actor on NCIS: New Orleans a few weeks ago and Jay lives in Brandon.”

Bringing males back to the college’s cheer squad boiled down to being more competitive with other institutions, coach Ashley Horne said.

“I felt this would not only make us stronger for competition season, but also would help prepare those for senior college cheer because most Division I programs have coed teams,” Horne said, adding assistant coach Cory Boyd, who owns ACE of Jackson cheer company, helped bring the five young men to Hinds over Northwest CC.

“Northwest has a great team and has been coed for a long time,” Horne said.

With the added manpower for enhanced stunts and tosses came a change in coaching strategy, she said, but for the better.

“The first thing was adjusting our summer workouts to include training for males,” Horne said. “The most challenging was the stunting. I had three all-girl stunt groups and five partner, or coed. Timing is a lot different in an all-girl group. We had to make some adjustments, which we did, and made it work. At the end of the day they are family, fighting for the same goals and the same dreams.”

This year’s bunch got into cheering in high school by happenstance, but found enjoyment in their recruitment.

“I kinda got dragged into it,” said Pierson, who is studying secondary education. “I went with Alex to go get his papers from the cheer coach, because he and I have been best friends since sixth grade. The coach said, ‘Do you want to be in it?’ I was like, ‘Weeelll, I don’t know.’ Alex was like, ‘Yeah, he does!’ ”

Hutton, who is studying microbiology, was dating a girl on cheer squad at the time. “She dragged me into the teacher’s class and I joined it,” he said. “But, it was a good decision.”

Sumrall, a radiology tech student, and Torres, studying civil engineering, began with tumbling and it grew from there.

“Cheer parents were trying to convince us to learn more things,” Sumrall said. “He signed up, then I signed up for high school cheer in 11th grade. We fell in love with it and kept going with it.”

Are they still "feeling the burn" after the season? Indeed, mainly arms and shoulders. “There are places on your body that you didn’t even know could be sore,” Pierson said.

“It’s twice as hard as any other athletic activity you’ve tried in your life,” Hutton said. “Mentally and physically, it can rip you apart, because you don’t at first think it’s going to be as demanding. Until, of course, you actually start trying to do it.”

Any hardware for their efforts must wait until the team feels they can compete and win the next national competition, set for January 2017. Members felt they weren’t quite ready for the 2016 tournament.