As luck would have it, my phone was on vibrate and hidden in my purse. I was at a weekly post-Cursillo meeting at my church. But when I pulled it out around 6:45 on Monday, Aug. 1, I saw lots of missed phone calls and urgent text messages.

Williams Hall, a men’s residence hall on the Raymond Campus, was on fire. 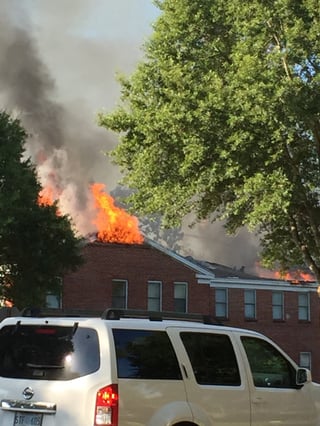 When I finally got to Raymond from Pearl, it was still smoking heavily and emergency personnel and vehicles were everywhere. Hinds folks were there handing out iced-down water from coolers and Gatorade in cups in the 95 degree-plus heat. 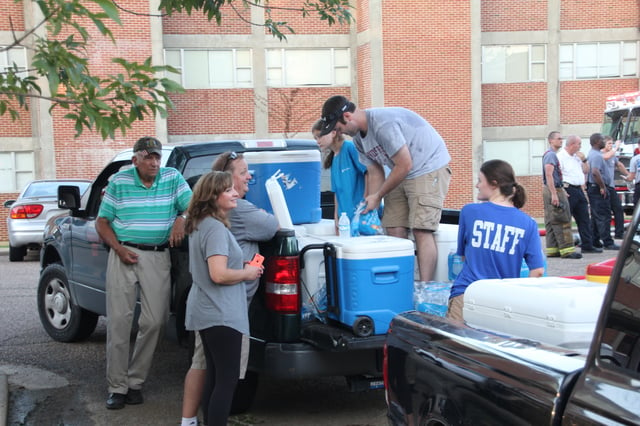 Any kind of fire on a college campus is emotional, but one in a building people call home can be especially emotional. Two coaches including track coach Reggie Dillon lost almost all their belongings. Six students who were moving in at the time lost some of their belongings, as well as some football players who left their things there during a break between practice and the start of classes.

Despite the circumstances, it has been encouraging to see the show of support for the individuals but also the college family as a whole.

Not only did the community come together but so did the Hinds family. We collected money and gift cards to help replace what the residents lost, including at our faculty Convocation on Aug. 9.

If you tuned into the Rio Summer Olympics on Aug. 13 you may have heard about Jeff Henderson winning a gold medal in the men’s long jump. 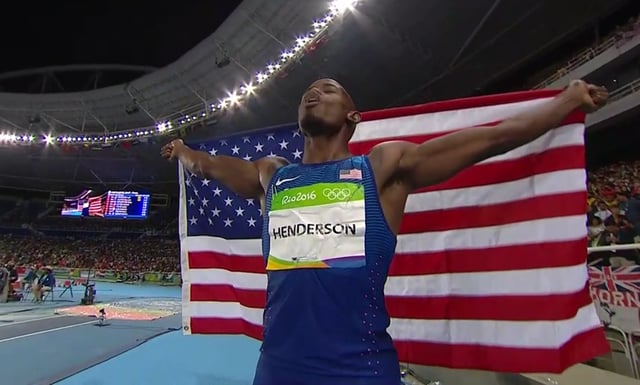 Henderson had a group from Hinds watching online during his competition. I know nothing about the men’s long jump but by staying tuned in I figured out his 8.38 meter jump was the winner.

Hinds had a Silver Medalist in 2012 in the London Olympic Games with Coldwater-native Trell Kimmons in the 4x100m relay.

And both of these guys were coached by Dillon, who was the hall director at Williams Hall.

I guess Reggie has had a busy August too!

Finally, we are pleased to have a new sports information director in Alvin Franklin, a Murrah High grad who was most recently a graduate assistant in the Bulldog Club at Mississippi State University. I stole this photo from the MSU website. But Alvin wore this maroon bowtie for an interview with us. Smart guy! 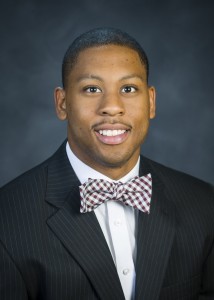 Like his predecessor Dan Rives before him, Alvin will be doubling as SID in Public Relations and as assistant baseball coach in the afternoons.

Yes, he’ll be quite busy as well!