Got a leak? Call a plumber. Got a broken a/c unit? Call the repairman. Need a photograph taken? Call a photographer.

Weeelllll…..that last part isn’t so simple when your office is in-between full-time staff photographers. An all-day workforce development seminar in which Hinds and other entities participated landed on July 27 – nearly two weeks after we bid former multimedia specialist Melanie Boyd best of luck in the world of modern-day daily newspapers. Interviews for a replacement were incomplete, so that left me, a writing specialist and functional idiot when it comes to pro cameras, as the lone option to cover the event. 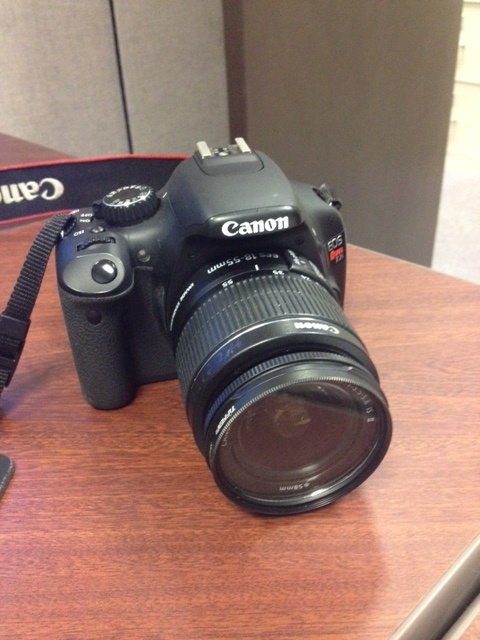 With smartphones, life is good. Tap an app, and you get pretty much what you want. Taking pictures on a phone can turn anyone into an expert. That goes double for me, who is simply afraid to press one of the multiple buttons on a Canon EOS Rebel T2i, pictured above. Fear of doing this, of course, is akin to accidentally pressing the nuclear button, or at the very least the fire alarm in one of the buildings here. Staying in one’s element is needed to keep order in the world, no?

I’ll admit my fear was borne of inexperience and the need for training an old journalist needs when the prefix “photo” wasn’t ever in his job title. A decade in daily news with dedicated photographers around most of the time often kept me from operating anything more complex than a small, “point-and-shoot” camera. Those are nice – one main button, stay away from anything shaped like a wheel, and I’m good to go!

On that note, I’m indebted to public relations/photography assistant Tammi Bowles for a quick tutorial the previous Friday on what to press and what not to press on this bulky object. Oh, and making sure the batteries were charged enough. That’s important, too, they tell me. And so is not pressing the “ISO” button instead of the shutter. In my mind, touching anything but the shutter would be like crossing the streams in the original “Ghostbusters” – extraordinarily bad, as Egon would say. Heading into it, I would have volunteered happily to learn how to do purchasing orders with Tammi rather than impersonate a photographer.

Overall, the pictures didn’t look too shabby once I remembered to hook up the flash bar. Zooming in and out presented its challenges, as seen in this weirdly-focused shot of David Campbell, the assistant chief of the Vicksburg Warren School District. 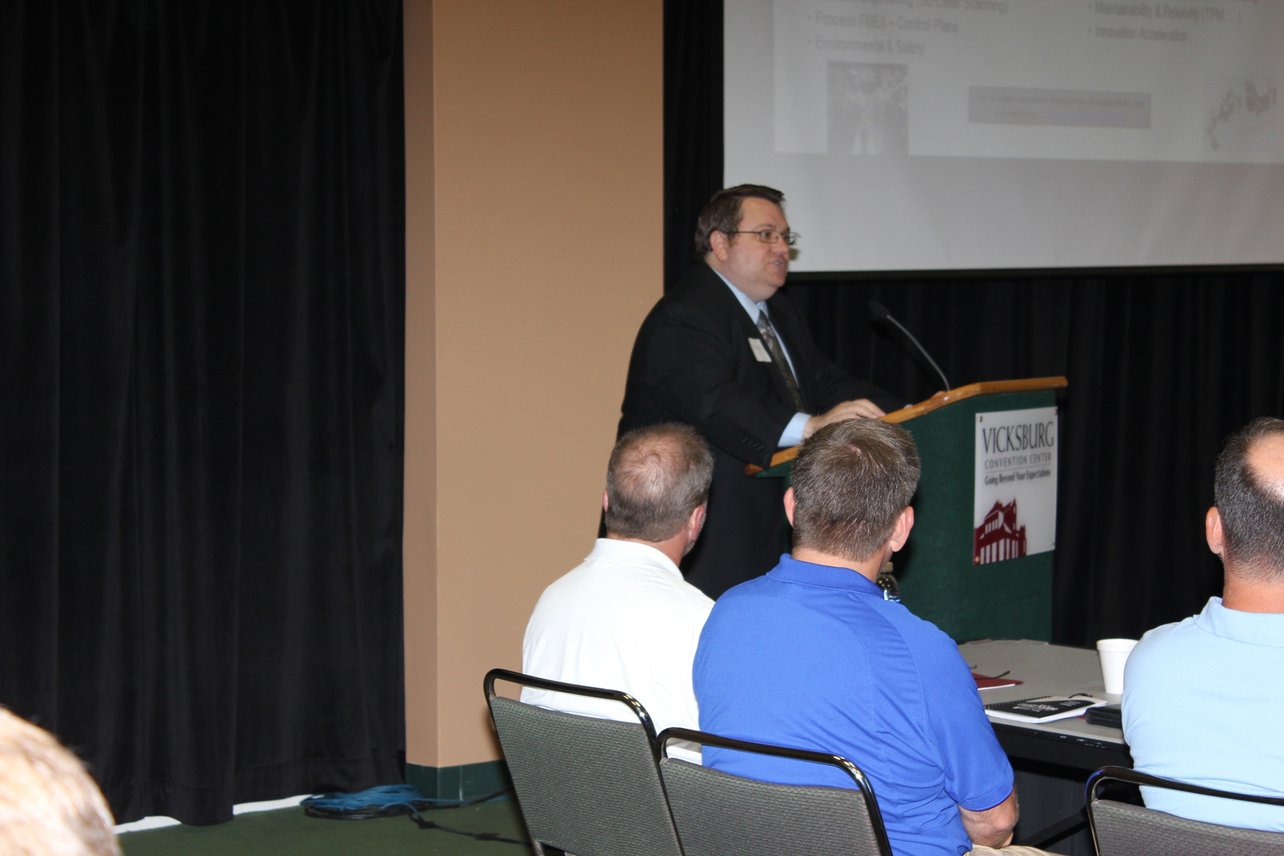 Ditto for the next two, of Vicksburg Warren Campus Dean Marvin Moak and of Dr. Clay Walden, of Mississippi State. Each is publishable only in the context of showing bad photography. 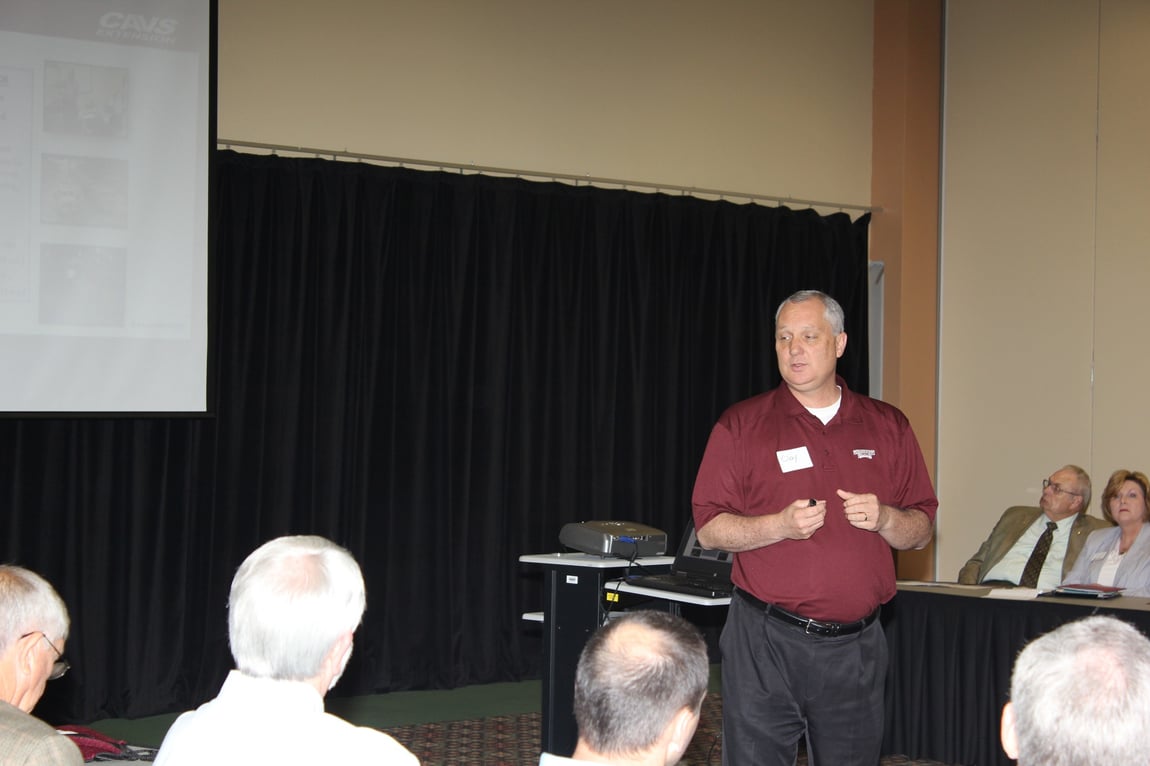 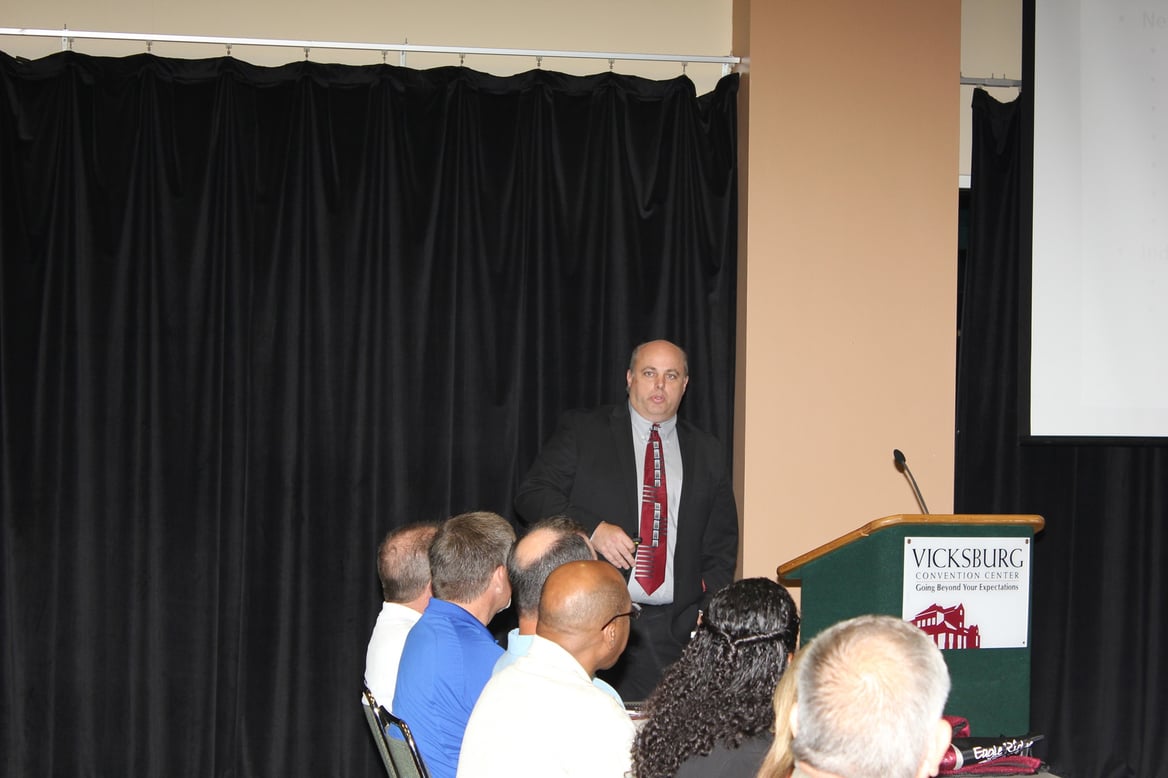 But, finally, my inner shutterbug buzzed a little louder with some group shots that evolved with each try. Case in point being the group pics of our president, Dr. Clyde Muse, and some event participants and organizers. Kudos to Vice President Colleen Hartfield for asking them to corner themselves for a few seconds for this novice’s sake. 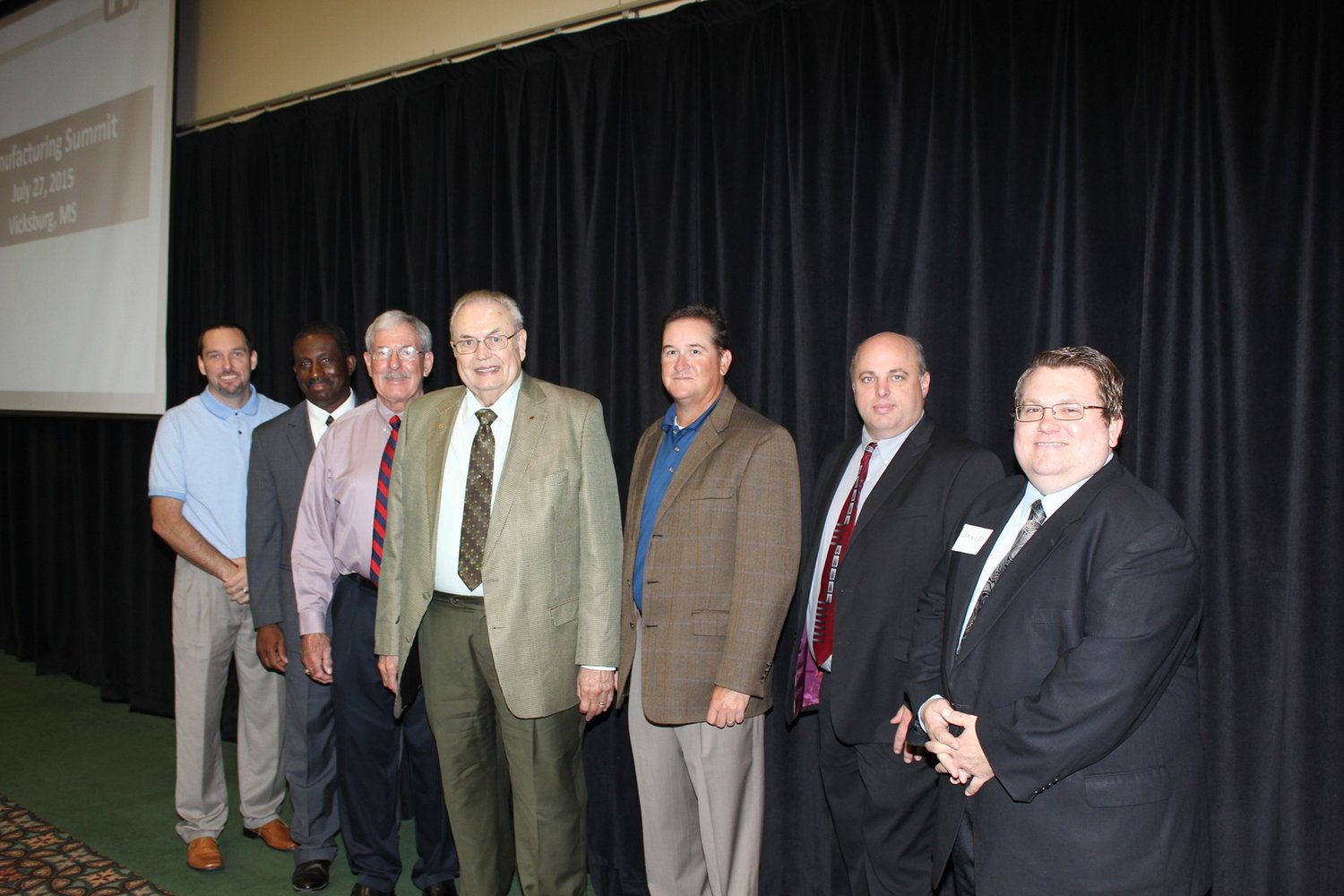 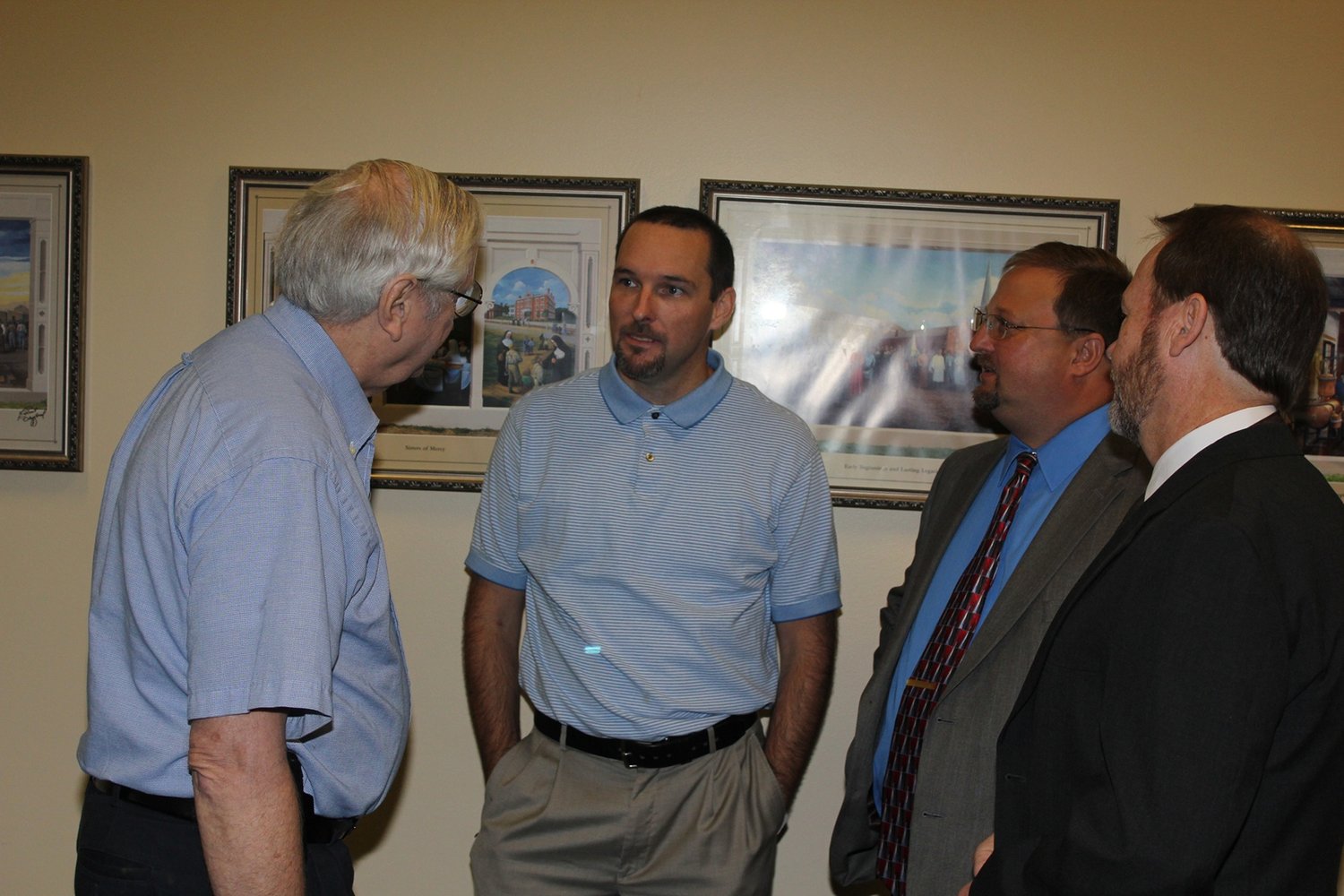 Alas, my days as the staff photographer, already numbered, ended later that week with the hiring of April Garon. She’s quite the capable multimedia specialist with whom I’ll team to bring events at Hinds to life. I’ll stick to painting pictures with words; it’s what I do best.

In the meantime, I’m all in favor of a PDI session on photography. You could even call it Photography for Dummies, in the spirit of the popular series of how-to manuals. There, I’m sure I’ll figure out what all those symbols on the gear wheel mean. Be gentle with me, I’d ask the moderator, as I learn best by making mistakes first.

It’s one instance where the photographer and not the subject had to worry about breaking the camera.